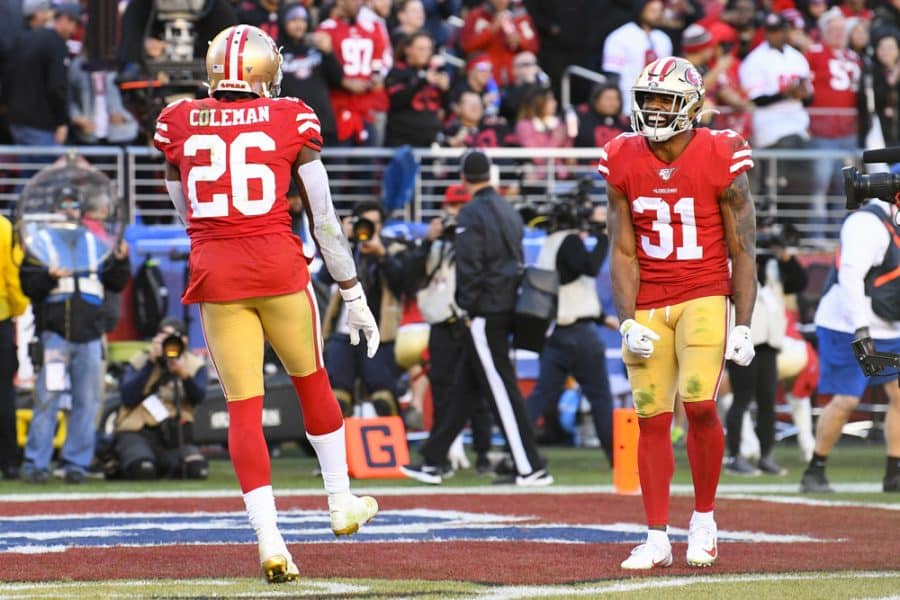 The Seattle Seahawks beat the San Francisco 49ers, 37-27, in a game that saw the guests experiencing multiple blows.

A terrible Sunday afternoon for the San Francisco didn’t saw them just losing to Seahawks in the divisional derby, but two very important players as well, along with one other solid guy from the roster.

Jimmy Garoppolo and George Kittle left the game in the fourth quarter, within one minute, and that is something that frightened the fans more than the failure against the Seahawks. Previously, RB Travis Coleman was out in the first quarter.

Though Garoppolo was playing pretty badly in this match, and his exit didn’t hurt Kyle Shanahan’s team too much. Jimmy G was 11-for-16 for 84 yards and an interception, fumbling the ball on one occasion. With him on the field, the 49ers had one yard in the third period.

His replacement Nick Mullins threw 238 yards, 18-for-25, for two scores. It seems that the 49ers could be switching their QBs anytime soon.

Pete Carroll doesn’t need to think about any replacements on the QB position, because he has Russell Wilson, who is playing in MVP mode. He threw four TD passes and 261 yards tonight, reaching the figure of 22 passing TDs right now, the second-most in history after seven games.

Two of those scoring tosses were towards DK Metcalf, who is right now arguably the best WR in the league. The second-year receiver had 12 catches for 161 yards. David Moore and Deejay Dallas also caught TD passes. The latter rushed for one additional score.

Seattle took over the wheel in the second period, posting three straight TDs throughout that and the third frame, pulling away from the visitors.

With the 49ers, JaMycal Hasty rushed for one TD, the same as Jerick McKinnon. Brandon Aiyuk and Ross Dwelley caught each a pass for a score. Aiyuk had 91 receiving yards, Kendrick Bourne 81 on 8 receptions. Mullins really moved the 49ers in the final period, cutting the deficit from 30-7 at the start of the same to 30-20 at one moment.

The 49ers (4-4) now play against the Green Bay Packers at home this Thursday night, which would be a big challenge for them. The Packs suffered an unexpected defeat at home, and are looking for a way to bounce back.

Seahawks (6-1) have a true test on the road as they face the Buffalo Bills.