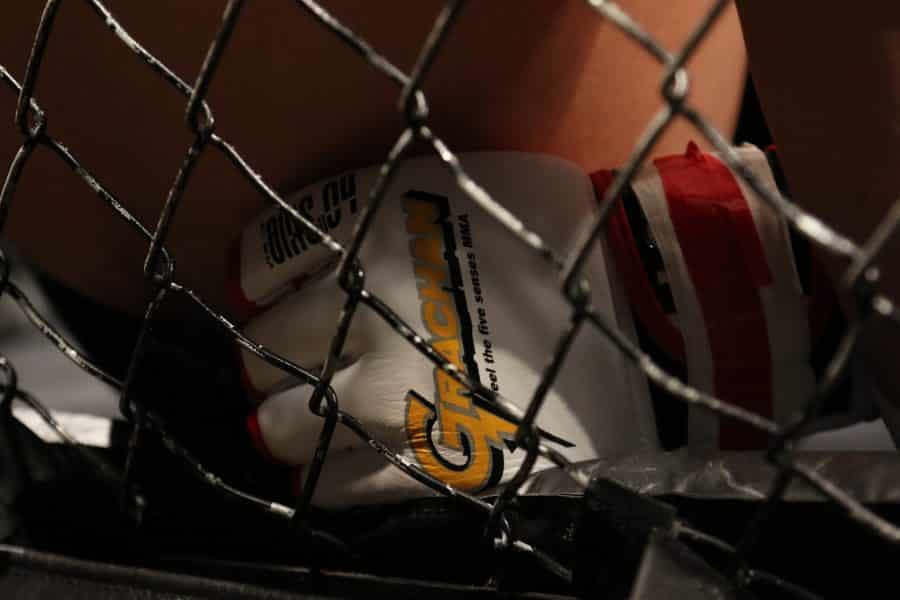 Islam Makhachev continued his rampage in the UFC lightweight division, submitting Thiago Moises in the fourth round of their matchup last night.

With 2:38 into the fourth round, the Russian fighter found his way on the mat, submitting the rival via rear-naked choke. He crowned a dominating performance that saw him in control since the start of the bout, while on the other hand, the only thing Moises could do was to endure the beating coming from the other side.

Mahkachev (20-1 MMA, 9-1 UFC) opened the match strong, inflicting several combinations in stand-up, but shortly after that tried to take the fight to the ground. Once he managed to drag the opponent to the canvas, the Russian began to relentlessly beat Moises (15-5, MMA, 4-3 UFC), who earned several big cuts on his head and was visibly shaken.

Though, the Brazilian didn’t want to lose that easily, making a push in the second. For one brief moment, Moises tried to take down Makhachev, having the initiative, but without any results in the end.

After that, the Russian became more serious, which resulted in a very strong performance during the fourth round. He threw Moises on the ground, and eventually worked his way to his back before ending the match.

This is the eighth consecutive win for the Russian, whose streak is fourth in the UFC at the moment. Before the fight, Makhachev sat as No.8 in the division and was one of the most dominant fighters, but with many problems that prevented him from heading towards the top. The 29-year old suffered a few injuries along the way, and just a few fighters wanted to meet him, which made it hard for him to move up on the rankings.

He would call out the former lightweight champion, Rafael dos Anjos following the fight, saying that he wants to meet him in the near future. If that happens, and Makhachev wins, we are more than positive that the Russian might be involved in a title-eliminator fight.

As for Moises, it was obvious that he can’t compete against this rival tonight. Though, at 26 years of age, he still has enough time to develop into a respectable fighter. For UFC standards, he is extremely young, and losing against Makhachev is not the end of the world, but a valuable lesson that could benefit the Brazilian.