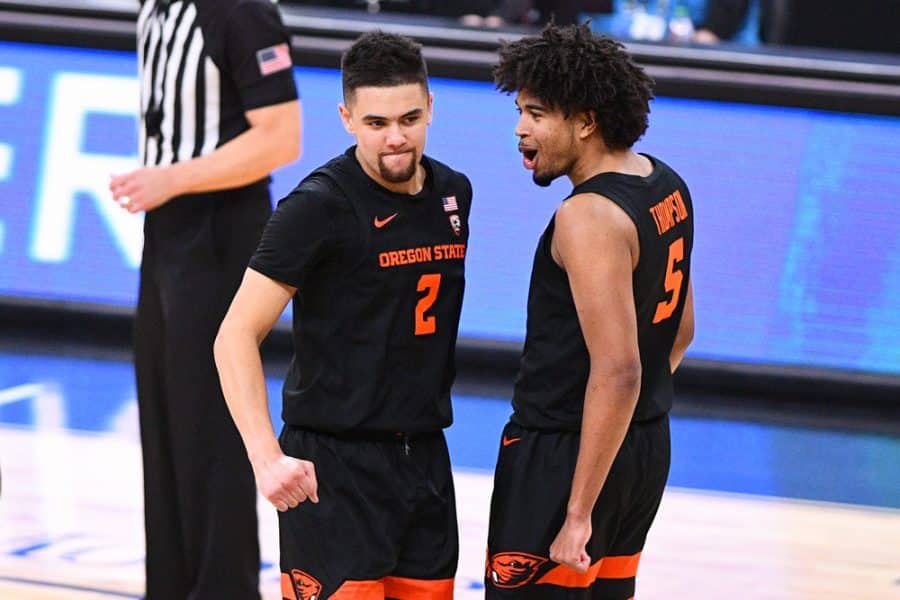 Oregon State continued to shock the public, and after winning the Pac-12 tournament, they would eliminate No.5 Tennessee Volunteers last night, 70-56. It was yet another display of team play and a fantastic effort by the 12th-seeded Beavers, who were more than dominant in Friday’s matchup.

They would quickly impose their own tempo of play, making stops on the defensive side of the ball, while moving and sharing the ball on the opposite side, which led to them having a 14-point lead at the half, 33-19. Pretty quickly into the second, Oregon State reached a 47-27 advantage, and even though the Volunteers tried to make a comeback, that simply couldn’t happen for various reasons.

The first is Oregon State’s three-point shooting, with the underdogs hitting seven downtown hits in the second 20 minutes. On the other side, Tennessee’s offense was disastrous, with 33.3% shooting from the field, and just five threes in 26 shots. Once again, their offense failed to show up, only this time, there won’t be any chance for redeeming.

Keon Johnson scored 14 for the losing side, with 6 boards, while Jaden Springer added 12. Roman Silva added 16 for the Beavers, not missing a single of his 8 attempts. Jarod Lucas had 14 points and six boards, while Ethan Thompson posted a double-double with 13 buckets, 10 rebounds, and six assists.

Oregon State faces Oklahoma State in the next round.

No.13 North Texas defeated No.4 Purdue, 74-69 following overtime. The Mean Green deserved to win as they controlled the game throughout the entire match, having the lead in all but the first two minutes of the event.

With the regulations ending 61-61, many believed that North Texas would collapse in the additional five minutes, as they lost a very good chance to solve the matters in the regular 40 minutes. But instead, the Mean Green came out to score seven straight points and knockout the favorites.

Javion Hamlet was instrumental for North Texas with 24 points, 12 boards, and five assists. Mardrez McBride sunk four threes in six attempts, for 16 points, while Thomas Bell also had 16 buckets but with a much worse shooting from deep, 1-for-6.

Jaden Ivey was excellent for Purdue, 26 points, Trevion Williams had 14 and 13 boards, but they were the only ones with a notable performance among the Boilermakers.

North Texas plays against No.5 Villanova next. 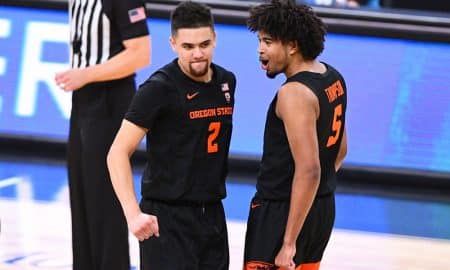