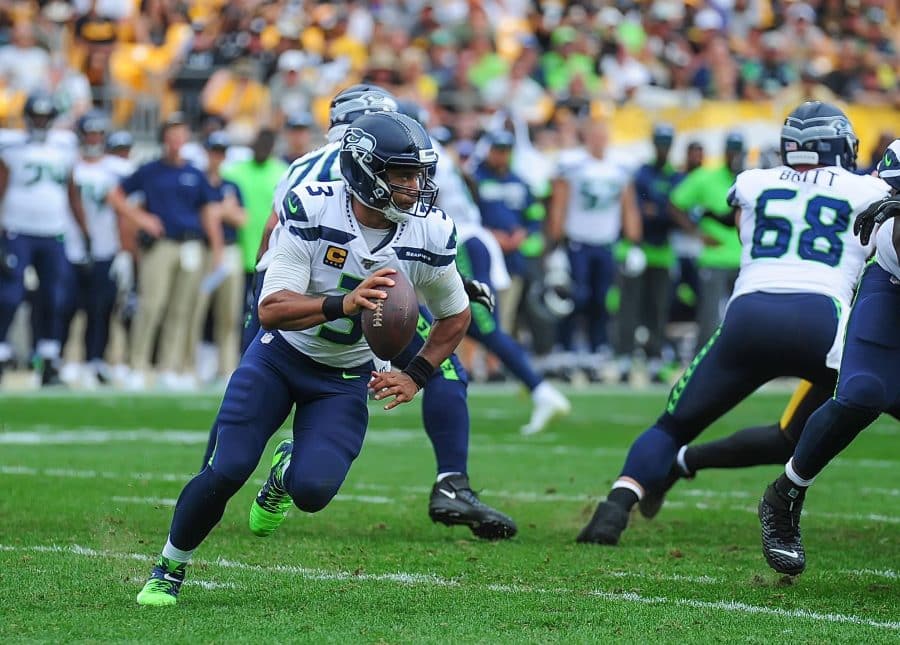 Seattle Seahawks and Russell Wilson took down Minnesota Vikings in the last minute of their interesting contest. The home team won in the end, 27-26, maintaining the defeatless record since the start of the year, 5-0.

The Seahawks returned after trailing at the halftime, only to fall behind the Vikes again in the final period. They were one step away from the disaster back then.

Minnesota had a fourth-and-1 six yards away from the endzone with two minutes left, but its head coach Mike Zimmer decided to go for it, instead of picking a field goal. Just to add, the guests were up 26-21 at that point.

Seattle stopped the rivals, took back the possession, and went for all or nothing. Wilson faced fourth downs twice during his 94-yard drive, the second time in front of the end zone. In both situations, he turned to DK Metcalf, who showed that Pete Carroll added one extra potential to the Seahawks’ crew.

The sophomore WR caught a six-yard pass for the win, 15 seconds before the end, which was his second score of the event after a 13-yarder in the third period. When mentioning that one, it was a part of the incredible burst that saw three TDs from Seattle in under two minutes of play, as they came back from being down 13-0 up to having a 21-13 lead.

Feisty Vikes didn’t want to surrender, and they responded with two touchdowns, both of them from Adam Thielen to regain the lead, at 26-21. Unfortunately for all of their fans, they didn’t use the momentum to finish off things at the CenturyLink Field.

Thielen had two TD receptions, nine in total for 80 yards. Irv Smith Jr, 64 yards on four, while their running backs did an excellent job, Alexander Mattison 112 yards on 20 carries, and Dalvin Cook 65 on 17, for one TD. Kirk Cousins had 249 passing yards for two TDs and an interception.

On the other side, Wilson had 217, for three TDs, and one interception. The rivals sacked him four times for 27 negative yards, and he managed to run the ball for 58 yards. Metcalf had 6 receptions for 93 yards.

The Seahawks (5-0) head for Arizona to meet the Cardinals next, before coming back home to play against the 49ers. Minnesota (1-4) awaits Atlanta Falcons and, after that, has a divisional derby against the Packers.