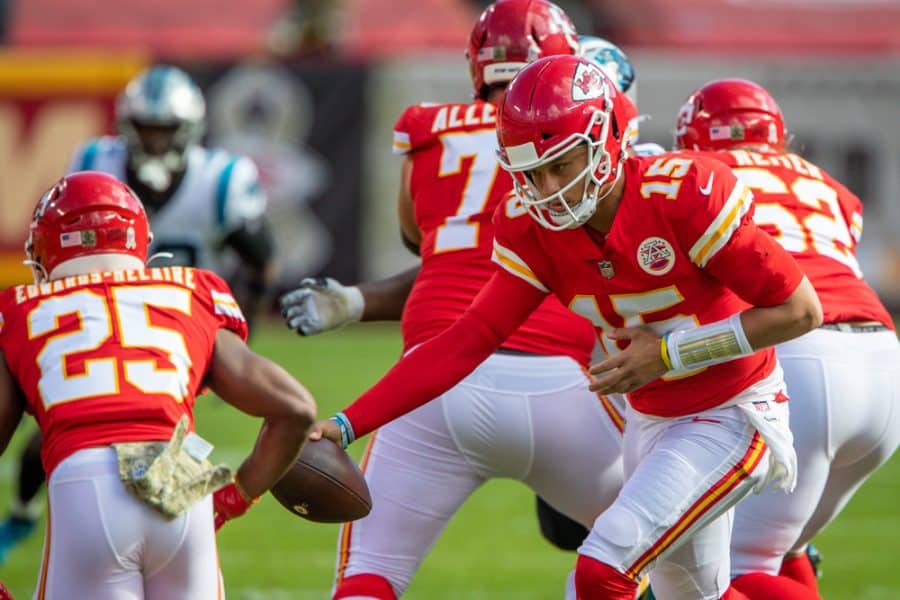 Patrick Mahomes is still in the concussion protocol but made some improvements regarding his recovery.

Various media reported today that the former NFL MVP and the frontrunner for this year’s MVP honors “cleared some steps” on his towards coming out of the concussion protocol. Even though this is good news, Mahomes is still not sure for the AFC Conference match against the Buffalo Bills on Sunday.

There aren’t any pieces of information about those steps, but many assume that Mahomes cleared the Symptom Limited Activity step, which is the first of five that need to be passed in order for one player to get out of the concussion protocol.

The clearance also needs to be confirmed by the independent medical consultants, who are not connected with the organization in any way.

Just to remind, Mahomes suffered a nasty hit from Mack Wilson during the third period of the AFC Divisional game against the Cleveland Browns. While falling down, he hit his head in football, and for one brief moment, looked very shaky. Mahomes couldn’t get up at first, and once he managed to stand on his feet, the Chiefs’ QB was dizzy and without a normal balance.

He left the game and didn’t come back. Kansas City‘s backup quarterback Chad Henne was the one who replaced Mahomes, securing the victory with a couple of big plays. Still, even though Henne played solidly, the fans hope to see their favorite in action on Sunday. Head coach Andy Reid stated that he has a plan for both options, with or without Mahomes available.

Henne threw for 248 yards this year and two TDs, both against the LA Chargers in the last game of the regular part of the season. Against the Browns, he had one intercepted pass and six completions in eight attempts for 68 yards.

On the other side, Mahomes threw 4,740 yards, with 38 TD tosses and six interceptions, which qualified him as the biggest candidate for the MVP award. He already met Josh Allen and the Bills during this campaign. It was a road game, and the Chiefs came out as winners from that battle, 26-17.