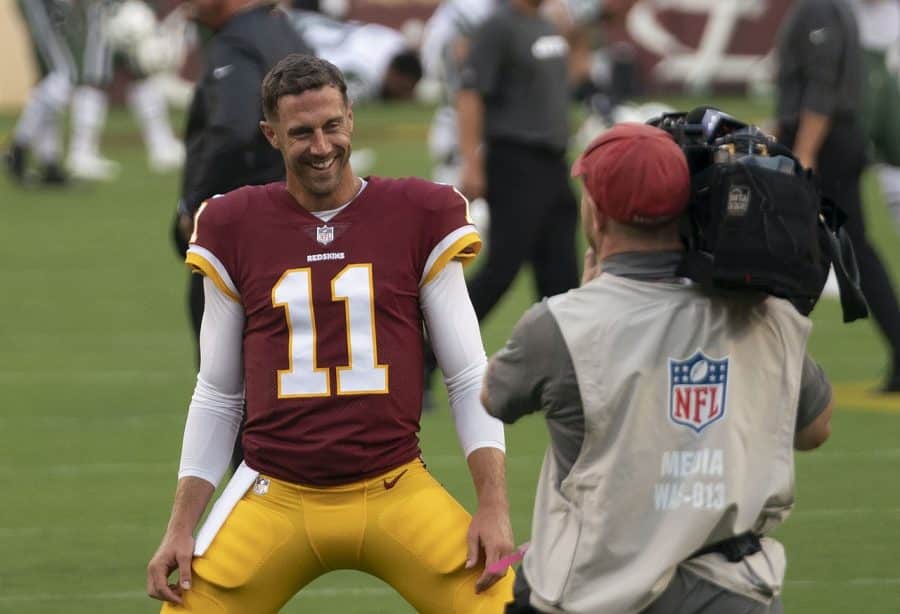 Washington Football Team defeated the Philadelphia Eagles on Sunday night, 20-14, securing the NFC East title and the place in the playoffs.

Ron Rivera’s unit reached a 7-9 record, finishing ahead of the New York Giants in the division. Their excellent performances over the past few weeks were the main reason for their playoff push. It seems that the turning point of the season was Alex Smith’s comeback. After the veteran took over the starting QB position, everything went up for the team from DC.

He threw only 162 yards last night, for two touchdowns and two picks, but was there when needed. One scoring toss went to Terry McLaurin for five yards, and the other to Logan Thomas 20 seconds before the half. It was a go-ahead TD that lifted the Football Team to 17-14. Dustin Hopkins had two 42-yard field goals.

The Eagles were solely depending on Jalen Hurts, who didn’t have a good passing game, but contributed with two running touchdowns, both six yards and both in the second quarter. He had 72 passing yards, 7-for-20 for one interception.

Eagles head coach, Doug Pederson decided to pull Hurts out of the field in the fourth period and give some reps to Nate Sudfeld. It seems that Philly didn’t want to win this game, as they would get the No.9 pick at the upcoming draft, instead of No.6. Pederson’s move was something that deeply disappointed the Giants’ fans, who were hoping that the Eagles might win, which would push them into the postseason.

A very interesting summer is ahead of the Eagles, some suggest, maybe the most important in the past several years. Carson Wentz’s status needs to be resolved, and many players could hit the exit doors during the summer.

With the guests, Antonio Gibson ran 75 yards in 19 snaps, Cam Sims had 43 receiving yards, and McLaurin 40.

The Football Team awaits Tom Brady and the Buccaneers in the Wild Card round in the playoffs. Tampa is the favorite, but the Football Team’s defense is something that could make massive trouble for Brady and his crew.

The game takes place on Saturday, at 8:15 pm ET. NBC is broadcasting the event from the FedEx Stadium in Washington.