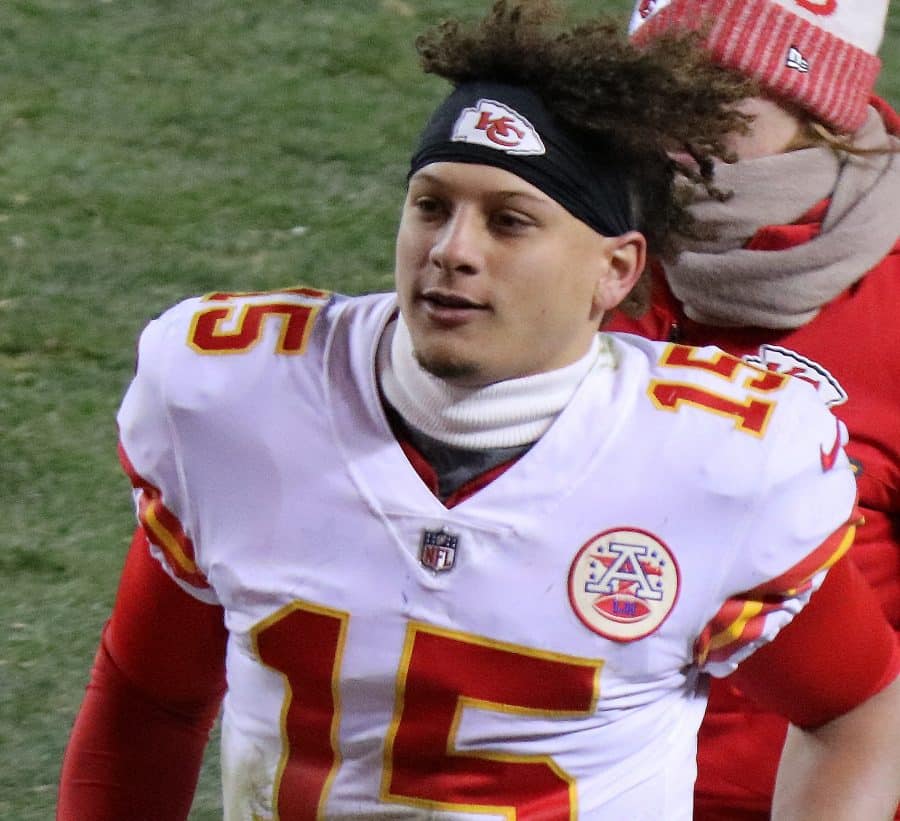 Patrick Mahomes cleared the concussion protocol and will play in the Championship Game, while on the other side, Antonio Brown will miss this weekend’s event.

Mahomes stated earlier today that he passed all the needed steps to get out of the concussion protocol and is now available to play this Sunday against the Buffalo Bills in the AFC Championship game.

The 2018 NFL MVP received a strong hit against the Cleveland Browns in the previous stage of the playoffs, which forced him to leave that contest in visibly shaken condition. After being tackled, Mahomes went down, and while doing so, hit his head to the football, which was already down on the ground.

After trying to get up, he was escorted by his teammates off the field and had to undergo further analysis.

Mahomes’ participation against the Bills was uncertain. His condition was the central topic of all the US media and was monitored closely. Fortunately for all the Chiefs’ fans and the entire organization, the young star recovered on time and is ready to take on Josh Allen and the Bills.

With Mahomes out, the guests from Buffalo were considered solid favorites coming in this match. However, things are different now, and the reigning Super Bowl champions are in the driver’s seat again.

Unlike Mahomes and the Chiefs, Antonio Brown and his Tampa Bay Buccaneers have no reason to be happy whatsoever. The veteran wide receiver has to skip the trip to Green Bay.

During the match against the New Orleans Saints, Brown injured his knee and didn’t recover since. Bruce Arians and the medical staff believed that AB could bounce back until Sunday, yet that didn’t happen.

That will be a significant setback for Brady and the Bucs because Brown picked up the pace over the past several weeks, sharply raising his form. Since Week 15 and the game against the Falcons in which Tampa Bay made a magical comeback, Brown had five touchdown receptions, at least one in each match except against the Saints.

He was efficient, looking very confident, and it seemed that the old Antonio Brown was on his way back. We’ll see what happens next with the 32-year old. Will he be ready for the Super Bowl if the Bucs eliminate the Packers? On the other side, if they suffer an elimination, what are Arians’ plans for him – to let him go or keep him for another season.