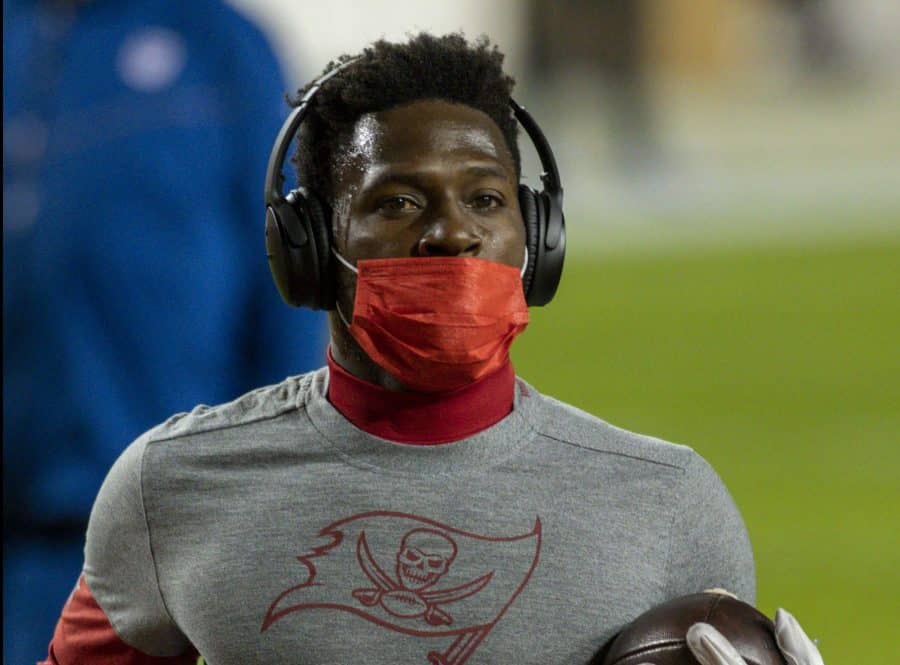 Antonio Brown stays in Tampa Bay for one more year, the sources reported today. The fantastic wide receiver who revived his career with the Buccaneers in 2020 decided to play one more year with Tom Brady in Florida.

The news about his re-signing with the Buccaneers appeared this Wednesday morning, and according to the same, Brown’s contract could be worth up to $6.25 million. The guaranteed part is $3.1 million, while a signing bonus is $2 million, the rest is in incentives.

After winning the Super Bowl, Tampa immediately showed interest in extending the deal with Brown, who had offers from several other teams. In order to have him for the next year, the Bucs made certain adjustments in the salary cap. TE Cameron Brate restructured his deal with the franchise, clearing almost $4.7 million, later used in signing Brown.

Brown practically saved his career coming back from retirement and joining the Buccaneers last season. After serving an eight-game suspension, he would gradually get back in shape, reaching full speed for the most important part of the season – the playoffs.

All of his four TDs were in the final few games of the regular season, while two during the playoffs came in the most important games of all, the NFC Championships against the Green Bay Packers and the Super Bowl against the Kansas City Chiefs.

His contribution during that period was enormous because Brown came in as the third-string WR, not lowering the pressure of Tampa’s offense. On top of that, he would allow head coach Bruce Arians numerous options on the field, often being in the center of attention in clutch situations.

Brown’s stats weren’t that impressive – eight games, four of them as a starter, for 45 receptions and 483 yards, during the regular part of the year, and three appearances in the playoffs, with 8 catches for 81 yards and two TDs in the playoffs. Though, we need to say that Brown had the highest usage in the past five weeks of the season.

It seems that the controversial player found his peace and focus in Tampa Bay next to Tom Brady, who was the main reason for AB’s arrival to the Buccaneers. After having troubles off the field in the past two years, one of the best wide receivers in the past few decades settled down and began doing what he does the best – play football.

Facebook Twitter LinkedIn Pinterest
DON'T MISS IT UFC on ESPN: Reyes vs Prochazka Preview, Odds, Prediction DON'T MISS IT UP NEXT Portland Timbers and Columbus Crew Both Post Draws in CONCACAF CL Quarterfinals UP NEXT