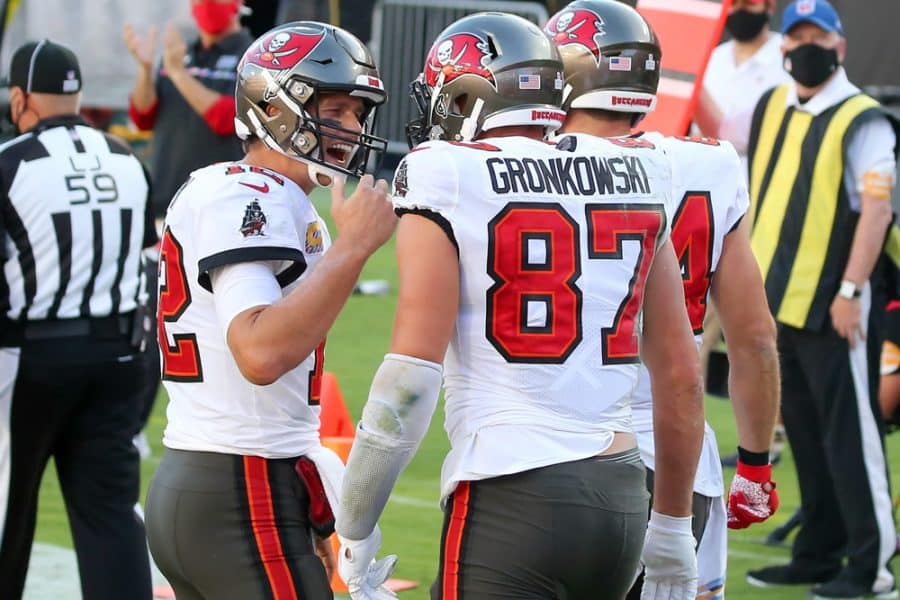 In that sequence alone, Tom Brady and his teammates scored 17 points, with the six-time Super Bowl winner throwing a 48-yard pass to Scotty Miller that ignited the team who was down, looking without a solution for the Vikings’ defense.

Up until that moment, the hosts didn’t have a single snap on the opponent’s territory. However, Brady reminded everyone why many believe that he is still the best passer in the league.

Until the end of that second period, Ronald Jones II had one more TD, only on the ground, and Ryan Succop scored a field goal with the time expiring.

Minnesota had possession of the football almost twice as much time as Tampa Bay. Also, the Vikes had 76 plays, compared to 49 of the hosts. However, they couldn’t score once getting near the endzone, which cost them dearly. Their kicker Dan Bailey missed three field goals and one extra-point conversation, 10 points in total.

Kirk Cousins was excellent at the start, but as time went by, Tampa Bay’s defenders figured out how to stop him, and Captain Kirk was quickly restrained.

He ended the night with 225 yards, for one touchdown, but with two fumbles, and suffering six sacks for 52 negative yards. Dalvin Cook was as always very good, having 102 rushing yards on 22 carries and a TD, while Irv Smith added one receiving score and 63 yards caught.

Among the hosts, Ronald Jones ran for 80 yards and a TD on 18 snaps. Rob Gronkowski and Miller both delivered a receiving touchdown. Tom Brady threw just 196 yards but wasn’t sacked nor had turnovers. Shaquil Barrett recorded two sacks, while Jason Pierre-Paul added one with a forced and recovered fumble.

Tampa Bay is now 8-5, breathing much easier, as this was a direct clash for the playoff berth in the NFC. Up next, they have a divisional clash against the Falcons on the road, and after that, head to Detroit to meet the Lions.

Vikings 6-7 will now have to win all three matches until the end of the year and hope to see all the other results going their way. The first challenge is next Sunday against the Chicago Bears at home in Minneapolis and then head down south to New Orleans to face the Saints.

Facebook Twitter LinkedIn Pinterest
DON'T MISS IT After a Wild Finish Lee Westwood Becomes the Oldest Golfer to Win Race to Dubai DON'T MISS IT UP NEXT Steelers no Longer No.1 in AFC After Losing Against Buffalo Bills, 26-15 UP NEXT