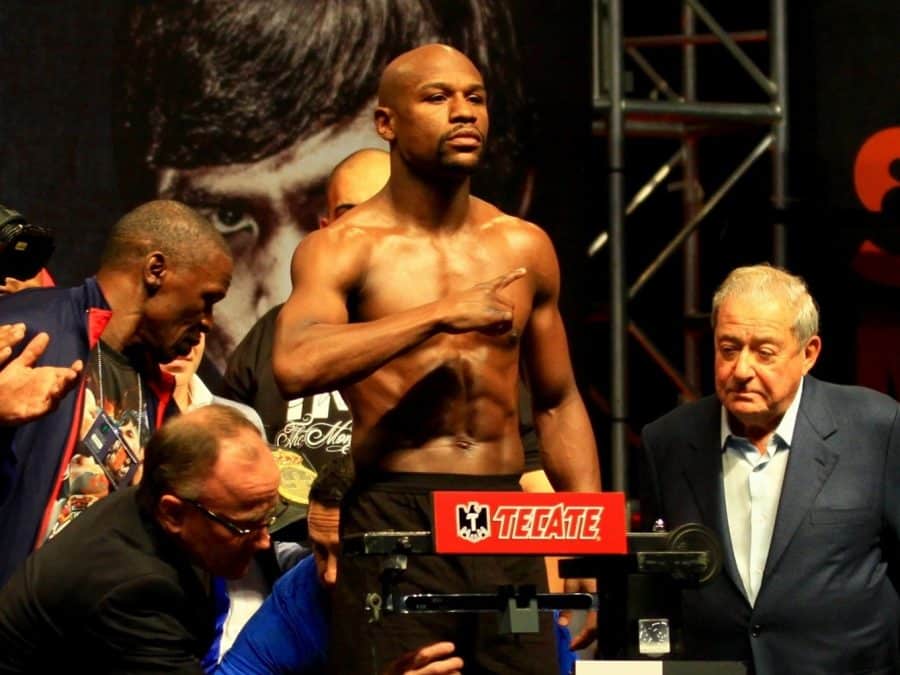 Floyd Mayweather is coming back to the ring to fight YouTube star, Logan Paul. One of the greatest ever announced that on his Instagram account tonight, causing chaos on the social networks.

Mayweather posted a short video that reveals that the fight will occur on February 20, but it didn’t say where. Fanmio Boxing, the company that organizes this event, is already selling pay-per-view rights on its website, with the current price sitting at $24,99 for the first million buyers. After that, the price will go up to $39,99 until December 29 and $69,99 from February 11 until the day of the fight.

The bout is announced as a super exhibition.

Mayweather is undefeated as a boxer with 50 victories and 27 knockouts, being one of the best in history. He held world titles in five weight classes, and was the lineal champion in four. Although being in the center of attention due to multiple controversial matches, Money is without any doubt among the top 5 boxers in this century.

He has solid experience with exhibitions, coming out of retirement to meet UFC superstar and the former champion Conor McGregor in 2017. Mayweather defeated the Notorious in a match that yielded more than half a billion dollars, becoming arguably the most profitable exhibition in any fight sport ever.

Per sources, Mayweather got half of that sum as the promoter and the fighter in that case. On the New Year’s Even 2018, the American boxer met Tenshin Nasukawa also in an exhibition, and that event brought him much less money, $9 million.

As for Logan, he has two fights so far, both of them against the rapper KSI. The first one was ended in a draw, and the second with KSI’s victory, leaving him without success in the ring. His brother Jake recently earned his second triumph as a boxer, against the former NBA star and the 3-time NBA Slam Dunk contest champ, Nate Robinson.

The rumors about Mayweather’s and Paul’s potential clash were circling the internet for a while, but it seemed that there wouldn’t be a fight. However, after the recent exhibition event that included Mike Tyson and Roy Jones Jr., Mayweather changed his mind, probably after seeing that there could be a substantial profit involved.

Some predictions are suggesting that Mayweather vs. Logan clash could see up to three million PPV buyers.

Floyd Mayweather is coming back to the ring to fight YouTube star, Logan Paul. One of the greatest...