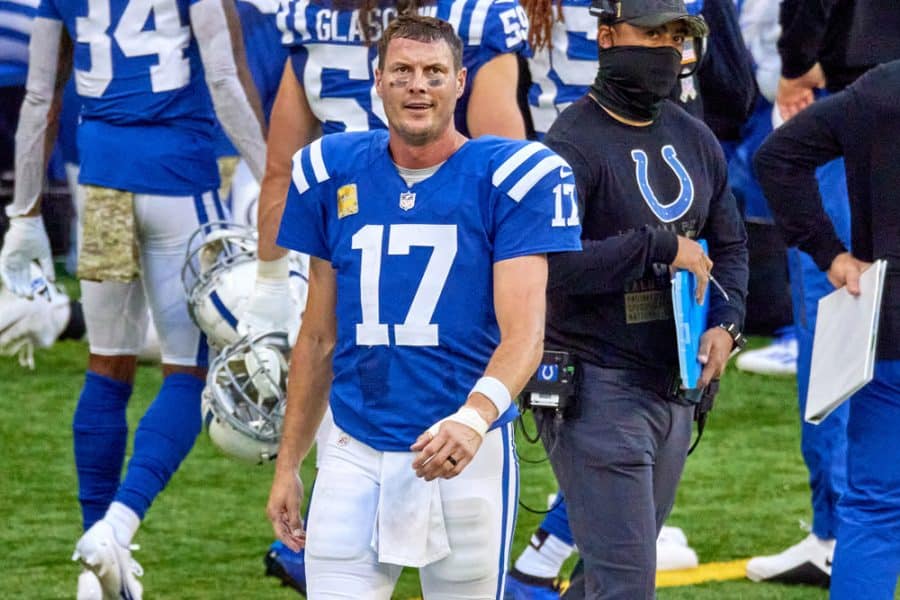 This makes the situation in the AFC South very interesting because both sides have a 6-3 record, coming into the second part of the campaign. Indianapolis outscored the hosts 21-0 in the second half, gaining the momentum in the third period once they posted two TDs and completely outplaying the Titans in all aspects of the game.

After being stopped at the one-yard line, the Colts bounced back, forcing a poor punt, and scoring a touchdown on the next drive. However, that wasn’t all, as guests delivered a TD following a blocked punt. The Titans were three-and-out and had to clear the football from their territory, but following the blocked punt, TJ Carrie got the football six yards away from the end zone, routinely increasing the guests’ lead to 27-17.

Hosts were in a position to cut the gap in the very next attack, but Stephen Gostkowski missed a 44-yard FG, his eight this year.

Ryan Tannehill was modest, with 147 yards, 15-for-27, for one touchdown, while Derrick Henry rushed for 103 yards on 19 carries and was the only one who presented some trouble to the Colts’ defense. Corey Davis caught 67 yards. Two TDs for the Titans in this match were scored by Jonnu Smith, after a one-yard run, and D’Onta Foreman, who caught a five-yard pass for the same.

On the other side, Philip Rivers threw 308 yards, 20-for-39, had one touchdown pass as well, to Nyheim Hines, who was great in this contest. He added one more TD, only this one was on the ground, yielding 115 yards from the scrimmage in this event.

Michael Pittman didn’t deliver any scores, but was constantly moving the chains and endangering the Titans’ end zone, having 101 yards on seven receptions. Jacoby Brissett had a quarterback sneak-in for two yards.

The Colts were much better than the home team, who looked as if pressure tied their hands. Even though they had fewer penalties, 30 yards compared to Indianapolis’ 73, and that they allowed just one sack, the Titans were looking sloppy.

They have two very tough games, against the Ravens next week, and after that against the Colts again, only this time on the road. It seems that the second game with today’s rival would solve many things in the AFC South.

Indianapolis has a massive matchup next week versus the Green Bay Packers, which they need to win.

Facebook Twitter LinkedIn Pinterest
DON'T MISS IT Russell Westbrook Wants Out of Houston, Harden Staying With the Rockets DON'T MISS IT UP NEXT UFC Fight Night 182: Paul Felder vs. Rafael dos Anjos Preview and Pick UP NEXT