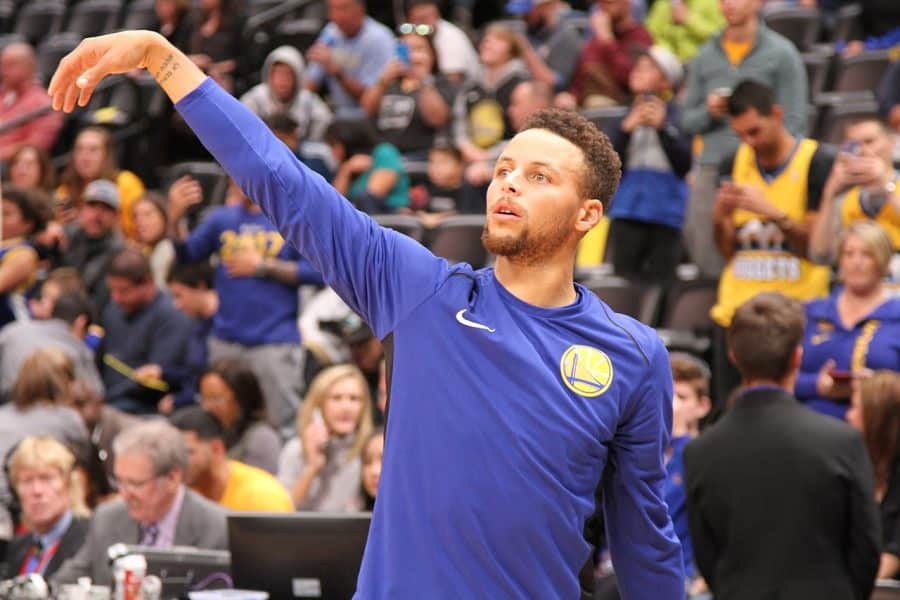 Steph was 18-of-31 from the field, scoring 8 threes in 16 attempts and missing just one of his 19 free throws. The Warriors’ leader had five boards and four assists, all that in 36 minutes. His Golden State had no trouble defeating the Trail Blazers, as they confidently held on to the lead from midway through the first until the very end.

All that was due to Curry’s amazing performance, and each time Portland tried to threaten, the fantastic shooting guard would respond and rebuff the attack. Golden State pretty much closed the game in the third once they got a 20-point lead, 92-72.

Andrew Wiggins scored 21 points, with seven boards and two blocks. Kelly Oubre Jr. had 17 and five boards, but these two were once again bad when it comes to three-point shooting. Both were 1-of-5 from long distance, and they can’t seem to find the touch for shooting beyond the arc.

The second pick from this year’s draft, James Wiseman had a double-double, 12 points and 11 rebounds.

Terry Stotts’ team had three players with 20+ points, but that didn’t matter too much because of Curry’s achievement. Damian Lillard dropped 32 with four boards and assists, shooting 10-of-24, hitting six threes.

CJ McCollum had 28, but added nine rebounds and five dimes, 10-of-23 from the floor. Enes Kanter was very good off the bench, recording a double-double with 24 points and 12 rebounds, making 8 of his 12 attempts for two points and 8 of 10 free-throw shots. Carmelo Anthony had 10 points.

Both sides are 3-3 at the moment, with the Warriors having a chance to significantly improve that record. They are playing the next five matches at home, the first one being already on Monday night against the Kings. After that, Steve Kerr’s side has back-to-back contests vs. Clippers and awaits the Toronto Raptors and the Indiana Pacers.

Portland hosts the Chicago Bulls and the Minnesota Timberwolves, and after that, goes to Sacramento to play against the Kings. Lillard and the crew then host Toronto before once again going to Sacramento. Once they finish this stretch, the Trail Blazers have a seven-game homestand.