Saquon Barkley Out for the Season, Christian McCaffrey to Miss “Multiple Weeks” 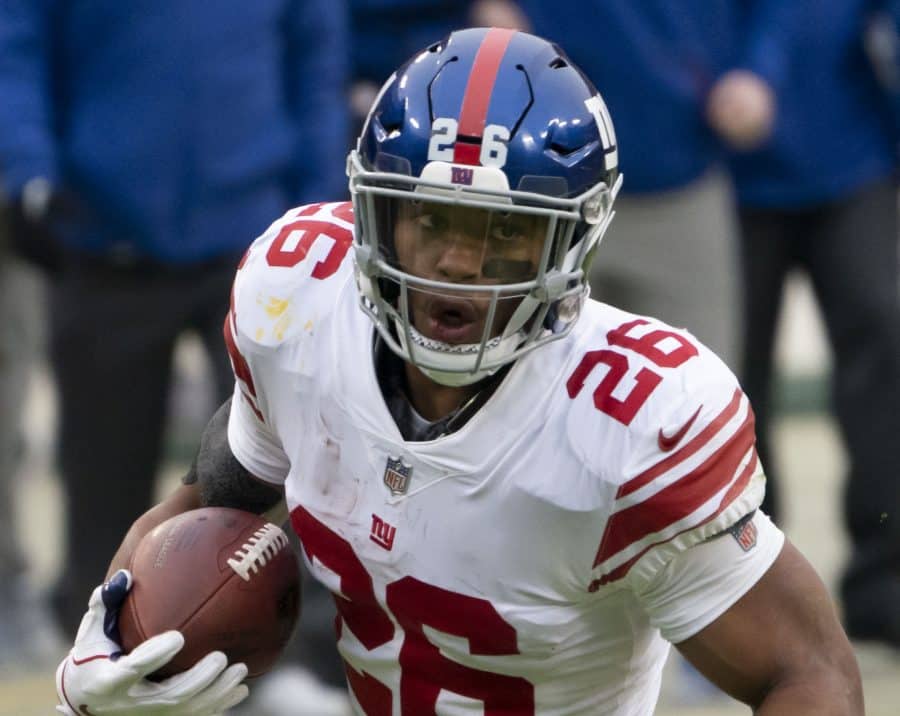 The latest news from the NFL is that Saquon Bakley suffered a season-ending injury. NY Giants’ running back tore his ACL during the game against the Chicago Bears.

The no.2 pick from the 2018 NFL draft picked up this tough setback during the first quarter of the game, and immediately left the field. Previously, Chicago’s safety Eddie Jackson tackled the young RB, who stayed on the ground after the hit.

Saquon Barkley tore his ACL and is out for the season, the Giants confirmed. pic.twitter.com/MFXukEyjZG

Giants’ medical team rushed on the field, only confirm that he won’t be able to continue the game. Barkley was later moved to the locker room with the assistance of the medical team. The 23-year old didn’t hide his frustration with the current development of the situation.

After being completely shut down in the first game against the Pittsburgh Steelers at the MetLife Stadium, things went from bad to horrible for the young star. He accumulated just 6 yards in 15 rushes against the team from Heinz Field, which was way below his level of play.

Barkley had a superb rookie season, which culminated with him winning the NFL Offensive Rookie of the Year award, and being selected for the Pro-Bowl. He had 2,000+ yards from the scrimmage, 1,307 on the ground, and 721 through the air, for 15 touchdowns combined.

The 2019 season was a bit slower due to his injuries. Barkley skipped three games and played several of them not being fit 100%. Still, he managed to surpass the 1,400 yards from the scrimmage, with 1,003 rushing and 438 receiving, this time for 8 scores.

In the meantime, one other big news hit the headlines, also about a star running back. Christain McCaffrey will be sidelined for the next several weeks, sources reported today.

One of the best players in the league last year hurt his ankle against the Tampa Bay Buccaneers in the final period of their contest. The Bucs won that one with 31-17, with McCaffrey being the best player in his team with two touchdowns and 59 rushing yards on 18 snaps.

Panthers’ RB Christian McCaffrey is expected to be sidelined “multiple weeks” with the ankle injury he suffered Sunday, per source.

After the second score, he left the field limping and didn’t come back.

This is a massive blow for the team from Charlotte, who made CMC the highest-paid running back this year, handing him a 4-year $64 million extension.

In Week 1, and the loss against the Las Vegas Raiders at home, McCaffrey rushed for 97 yards on 23 carries, adding 38 receiving yards in 3 catches. Like with Barkley, the Panthers, too, will experience a massive setback with his injury.Ja kuci

Facebook Twitter LinkedIn Pinterest
DON'T MISS IT Seahawks Stop Cam Newton on the Final Possession, Win Against the Patriots, 35-30 DON'T MISS IT UP NEXT Raiders Debut in Las Vegas With a Win Over the New Orleans Saints, 34-24 UP NEXT

Tom Brady and his Buccaneers beat the Carolina Panthers on the road, 46-23, showing everybody...

The Tampa Bay Buccaneers managed to leave MetLife Stadium with a narrow win against the New York...