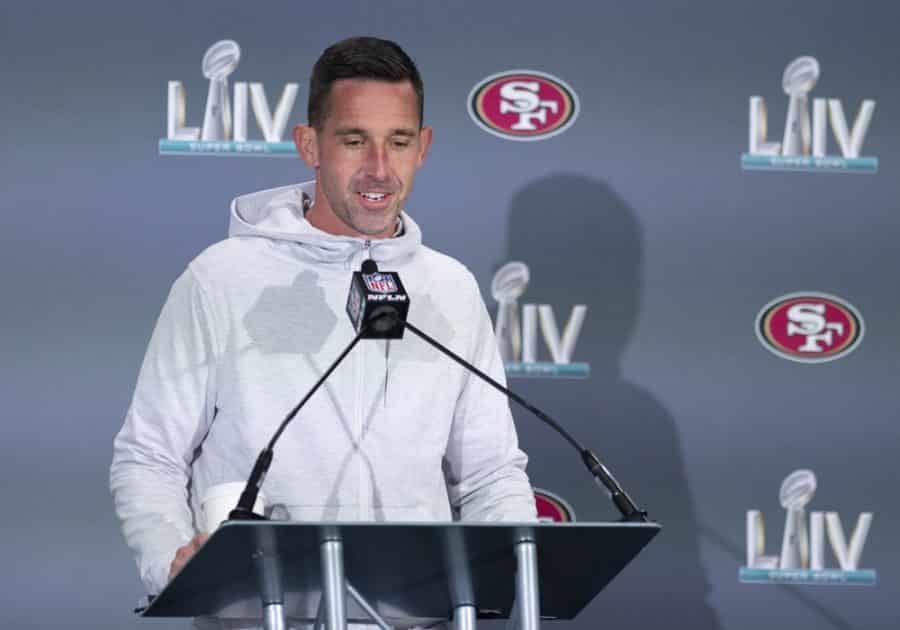 Kyle Shanahan will stay in San Francisco for the next six years, as the 49ers decided to offer him a new and improved contact.

We need to say that this one replaced the remaining three years in the old deal and that now Shanahan has a valid deal with the team until 2025.

The new contract will start soon enough (after finalizing the paperwork) and it ends after the 2025 season, which suggests that the 49ers have full confidence in the 40-year old head coach.

Also, this agreement would make him one of the top-five paid head coaches in the NFL, per Adam Schefter, one of the most prominent NFL insiders. Shanahan already had one six-year contract signed in 2017, but the franchise wanted to reward him for all the good work he did in the previous time.

His 49ers won the NFC championship game and were later defeated in the Super Bowl, against the Kansas City Chiefs. Many believed that Minneapolis-born didn’t have enough experience and knowledge to post such results in his early career stages, but Shanahan proved them all wrong.

San Francisco is rewarding head coach Kyle Shanahan with a new six-year contract that replaces the three years he had remaining on his deal and ties him to the 49ers through the 2025 season, league sources tell ESPN.

Before coming to San Francisco and replacing Chip Kelly, Shanahan worked as the offensive coordinator of the Atlanta Falcons during 2015 and 2016, and also as an OC in Cleveland, Washington, and Houston. He is currently one of the best play-callers in the entire NFL and along Sean McVay the most talented strategist.

In his first year here, he recorded six wins and 10 losses, and in 2018 four victories and twelve defeats. However, things have changed last season, which was superb for SF’s head coach. The 49ers reached 13 triumphs and only three losses, demonstrating their power against the Packers in the NFC Championship game. The 49ers won this battle 37-20.

Even though they haven’t won the Super Bowl, Shanahan’s popularity in San Francisco is enormous. Many see him as the only person who needs to be credited for making the 49ers a title contender.

Right now, along with the Chiefs and the Ravens, the 49ers are the biggest favorite for taking the trophy. They have a much easier path to the Super Bowl, because they don’t have to clash with either of those teams in their conference.