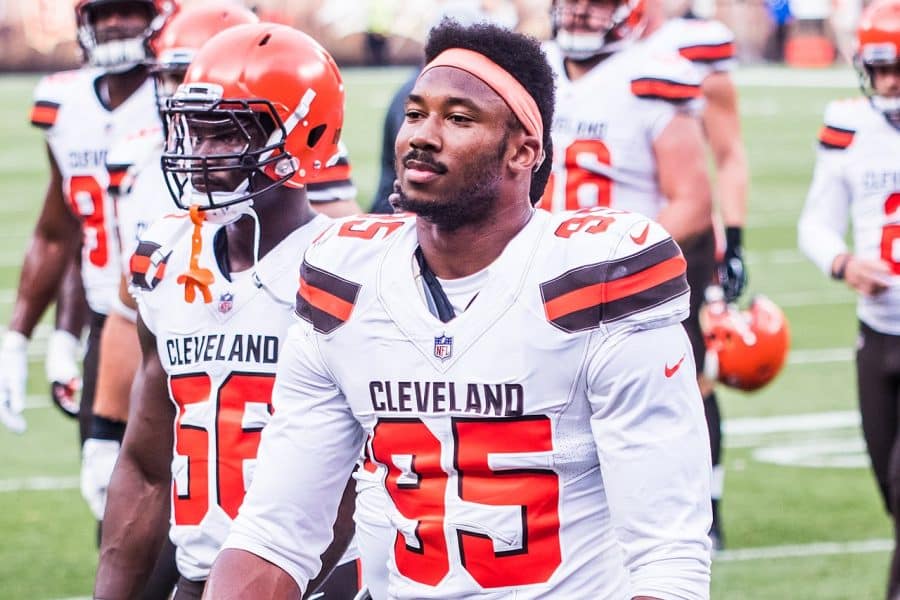 Myles Garrett and his Cleveland Browns are reportedly in talks about his contract extension. Allegedly, the organization is prepared to offer one of the best deals one defensive end could get in the league right now.

Garrett, who is arguably among the best defenders in the league, is indispensable for the Browns, who want to tie him long-term already now. Even though he has two more years on his rookie contract, it seems that the franchise from Ohio isn’t willing to risk anything but want to finalize his deal as soon as possible.

When talking about the figures for his new deal, many are comparing them with the top-paid DE players in the NFL. The no.1 is Khalil Mack, with $23.5 million per year earned in Chicago. Dallas’ DeMarcus Lawrence receives $21 million, and Frank Clark from Kansas City, $20.8 million. So this one won’t be below $20 million for sure, and some are suggesting that Garrett might become the highest-paid player among all defenders.

The Browns could extend Myles Garrett as soon as this summer 👀 pic.twitter.com/g18gcNHVoi

The former No.1 pick from the 2017 draft deserves such treatment, no doubt about it. Garrett had 10 sacks in 10 games last year, and if it weren’t for his six-game suspension, that record would be much better.

The 24-year old received that suspension after a fight with Pittsburgh Steelers’ QB Mason Rudolph on November 14 last year. He would hit Rudolph in the head with a helmet and was immediately sent off from the field. After months of waiting, the NFL finally terminated his suspension this February.

If Garrett manages to control his temper, the Browns will get one of the most serious candidates for winning the Defensive Player of the Year award in the next few years, and a pivotal part of their defense.

Cleveland has an enormous talent on its roster, and they need to find the proper chemistry in order to build a unit that would be able to compete for the Super Bowl title. With Baker Mayfield, Nick Chubb, Odell Beckham Jr., Jarvis Landry, and others on board, this team has everything needed to become a true title contender. Securing Garrett for a long-term period would be the first step towards it. 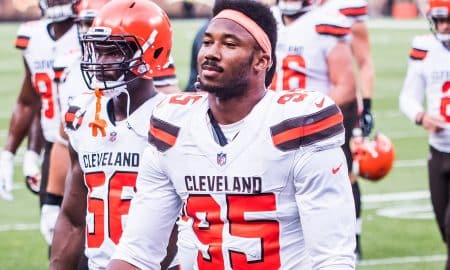 Cleveland Browns won a spectacular match against the Dallas Cowboys on the road today. The final...