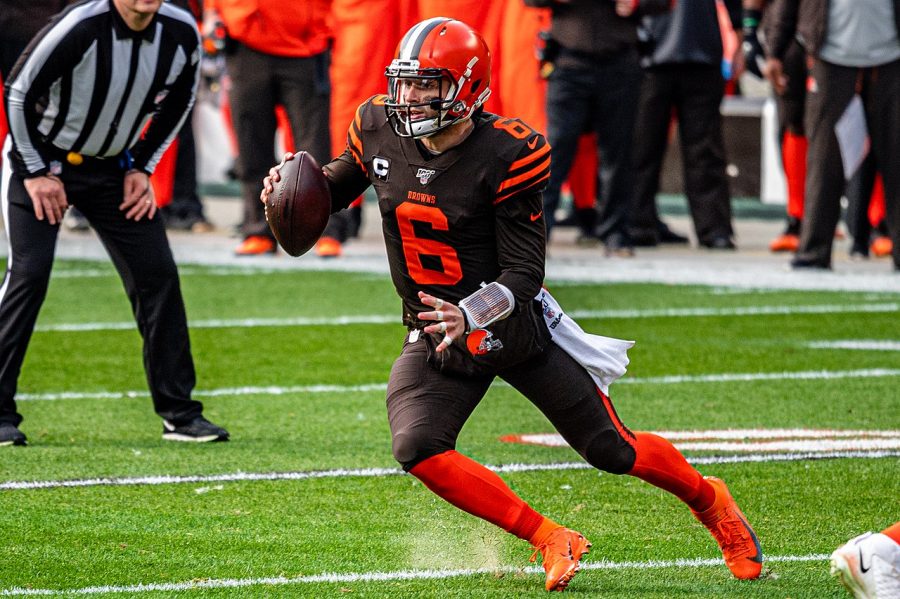 The Cleveland Browns are one step closer to the playoffs, following Sunday Night Football win over the New York Giants, 20-6.

Apart from the first period, the Browns were in control throughout the entire contest, firmly holding the lead and shutting down the hosts at their MetLife Stadium.

The Giants had a 3-0 lead after the first quarter, but the guests erased that with two touchdowns in the second frame, both being set up by Baker Mayfield. The Browns’ QB threw passes to Austin Hooper and Jarvis Landry.

Nick Chubb sealed the win with an early one-yard rushing TD in the final period.

Mayfield was exquisite with 297 yards and two TD tosses, completing 27 of his 32 passing attempts, the highest percentage of the successful passes in the franchise history. Rashard Higgins had 76 receiving yards, Landry 61, while Donovan Peoples-Jones added 55.

Chubb and Hunt didn’t have a usual night, with the first rushing for 50 yards and the latter for 21.

Graham Gano did all the scoring for the home team, with two field goals, 37 and 39 yards. Daniel Jones’ absence was heavily felt, as Colt McCoy had a mediocre performance against his former team.

McCoy posted 221 yards without any scoring passes nor interceptions, but without endangering the Browns’ defense. He played for three years in Cleveland, 2010-2013, starting 21 times.

Darius Slayton and Sterling Shepard both had four receptions each, Slayton for 74 yards, Shepard for 51. The home team’s running game was bad, as the Giants produced only 74 yards on 21 rushes, making their game one-dimensional.

With five wins and nine losses, the Giants and the Cowboys sit one game behind the Washington Football Team in the NFC East. They will travel to Baltimore next week, and after that close the season at home against the Cowboys. They still have chances to reach the playoffs, but they need to see WFT losing both of their matches, and them defeating the Cowboys in the last round.

On the other side, the Browns, 10-4, are on the pace to have the best season since reestablishing the franchise in Cleveland. However, they still didn’t clinch the playoff berth, with Colts, Dolphins, and the Ravens breathing down their neck.

The Browns stay in New York, as they face the New York Jets in the next round. After that, Mayfield and the crew host the Pittsburgh Steelers in the final game of the regular part of the season.

The Tampa Bay Buccaneers managed to leave MetLife Stadium with a narrow win against the New York...