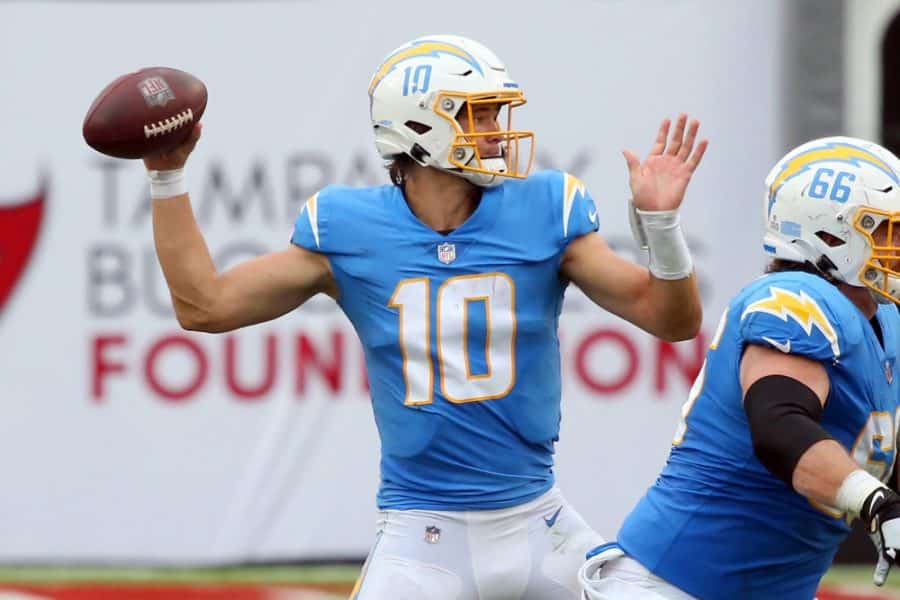 Las Vegas is now outside the playoff zone, with seven wins and losses each, and with minimal chances to enter the postseason even with two victories in the last two rounds.

What is also problematic for the Raiders is the fact that they lost the starting quarterback, Derek Carr, who left the game in the first period, due to a groin injury. There is no information on Carr’s status for the upcoming matches, but the situation is not promising according to the sources from within the organization.

Unlike the Raiders, the Chargers are in a solid mood even though they have a 5-9 record. Their rookie quarterback is writing history and growing up to be an elite. Justin Herbert solved the match last night with a one-yard TD run in the overtime, terminating the game and the Raiders’ hopes for the win.

Herbert also posted its seventh 300+ passing yards match in one season, setting a new rookie record. He also tied Baker Mayfield’s record for the most passing touchdowns in one season, 27. Keeping in mind that there are two more games until the end, Herbert is awfully close to dethroning the Browns‘ QB.

The 22-year old threw 314 passing yards, for two touchdown passes, adding that one rushing TD that sealed the game. Hunter Henry and Tyron Johnson were his targets for scoring passes.

The Chargers had a chance to take the lead twice in the late phase of the match, but their kicker Michael Badgley was off the target from 47 and 51 yards.

On the other side, Marcus Mariota entered the game for Carr, having one touchdown pass and one interception, for 226 passing yards.

He would throw that pick in the worst possible time, with 1:54 before the end of the match, on a second-and-8. But even with this mistake, the Raiders had an opportunity to win in the closing moments. Unfortunately for them, a snap for Daniel Carlson’s 65-yard FG didn’t go well, and the LA stopped the hosts.

Former Tennessee Titans’ quarterback scrambled well, having nine rushes for 88 yards, more than Josh Jacobs, who ended the night with 76 yards. Both of these guys delivered a rushing touchdown. Darren Waller was unstoppable, with 150 receiving yards in nine receptions and one score.

Up next, the Raiders host the Miami Dolphins, and after that close the season at Mile High against the Broncos.

The Chargers continue their divisional matchup with the Broncos, but at SoFi Stadium, before traveling to Kansas City in Week 17.

Facebook Twitter LinkedIn Pinterest
DON'T MISS IT LeBron and Anthony Davis Start the Preseason, Lakers Defeat the Phoenix Suns 112-107 DON'T MISS IT UP NEXT Anthony Edwards and LaMelo Ball Lead Timberwolves and Hornets to First Wins UP NEXT 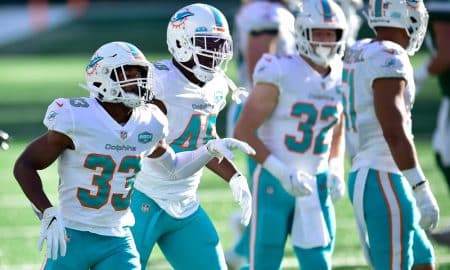 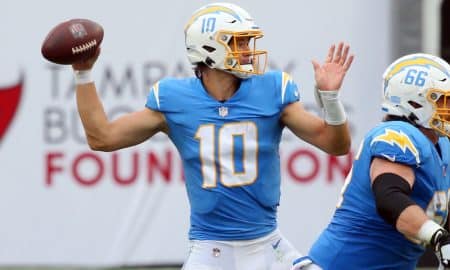