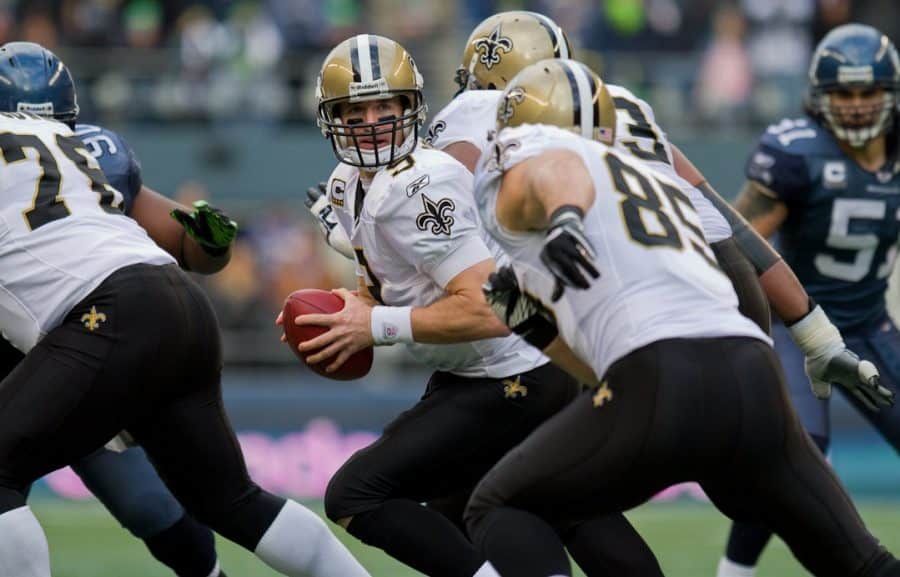 The New Orleans Saints made a massive rally to come back and defeat the LA Chargers on Monday Night Football. Drew Brees and his boys won after an OT, 30-27, improving their record to 3-2.

Wil Lutz’s 36-yard field goal decided the game, with 5:08 before the end of the OT. The Chargers had a chance to respond and snatch a victory, but the New Orleans’ defense was up to the task, managing to stop excellent Justin Herbert, whose Monday Night Football debut went almost perfectly.

Herbert threw four touchdown passes without an interception, for 264 yards, 20-of-34. He was organizing the shorthanded offense very well, and when we add that Chargers appeared without Austin Ekeler and that they lost Keenan Allen at the start of the second half, that only magnifies Herbert’s achievement.

The team from LA had a 20-3 lead following Hunter Henry’s three-year TD reception with 4:25 until the halftime. Previously, Herbert threw passes to Allen, and Mike Williams, who had one more in the fourth period, for 64 yards, when Chargers took the lead 27-20 with 3:40 left.

But each time, the Saints came back. Brees himself rushed for a one-yard TD with 14 seconds until the end of the second period. Jared Cook opened the last quarter with a 41-yard catch that saw the Saints leveling the score at 20-20. After Williams’ spectacular scoring, the guests went up again, but Taysom Hill had a 9-yard run 52 seconds before the end to force overtime.

As we said, Lutz’s points and tough Saints’ defense would solve the game later.

The Saints trailed by as many as 17 points in their OT win over the Chargers.

They are the 4th team to overcome a 17-point deficit on Monday Night Football since 2010.

Three of the four comeback wins have been against the Chargers. pic.twitter.com/Faq9UrUFwt

Drew Brees had 33 successful completions in 47 tries, for 325 yards, one TD, one interception, and one rushing TD. His favorite target was Emmanuel Sanders, who had 12 receptions for 122 yards, and right after him came Alvin Kamara with 74 receiving yards on 8 catches. Kamara added 45 yards on the ground too.

On the other side, Mike Williams received 109 yards on 5 catches, and he picked up an injury during the last drive. Justin Jackson rushed 15 times for 71 yards.

The Chargers (1-4) now host the New York Jets in the next round, and after that, travel to Miami to meet the Dolphins.

Saints (3-2) have a week bye, and a chance to regroup after all the problems faced in the recent few weeks. After the pause, New Orleans awaits the Carolina Panthers, before visiting Chicago and the Bears.

Facebook Twitter LinkedIn Pinterest
DON'T MISS IT Los Angeles Lakers Beat Miami Heat to Win the NBA Title!! DON'T MISS IT UP NEXT Le'Veon Bell and The New York Jets Working Together on a Trade Deal UP NEXT