Home
NFL
Lamar Jackson and Ravens’ Defense Kick Out Titans From the Playoffs, 20-13

Lamar Jackson and Ravens’ Defense Kick Out Titans From the Playoffs, 20-13 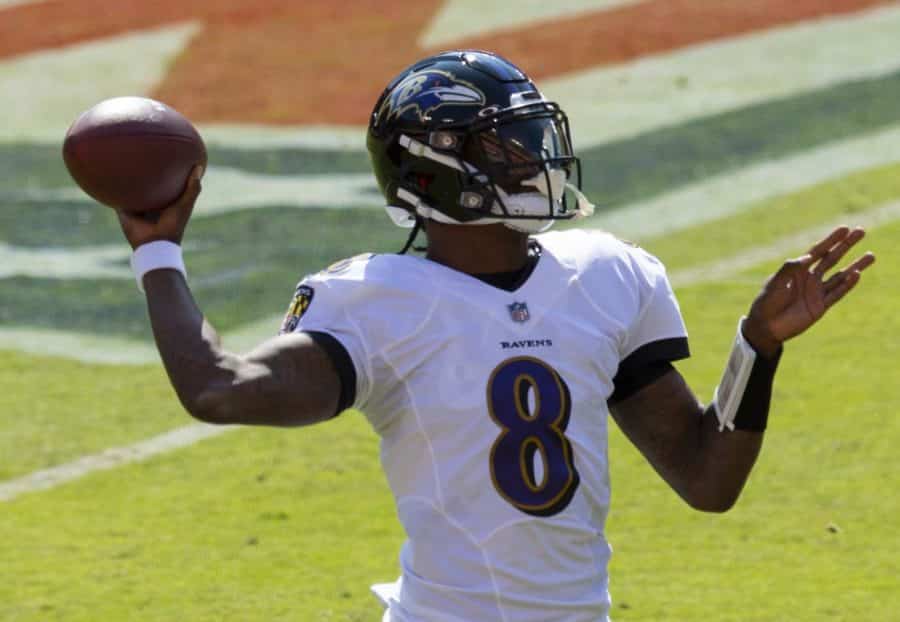 Lamar Jackson and Baltimore Ravens avenged last year’s defeat in the Divisional round against Tennessee Titans. They would beat the Titans in Nashville tonight, 20-13, with the 2019 NFL MVP earning his first playoff win.

The key moment of the match was Marcus Peters’ interception at 1:50 to go, when he picked Ryan Tannehill’s pass, putting an end to this extremely interesting and hard contest.

Defensive units were in the middle of attention, with both of them being the better parts of their respective teams. Baltimore’s was a bit better, primarily because of stopping Derrick Henry, who had a disastrous match.

The NFL’s rushing leader, who had more than 2,000 yards on the ground during the regular part of the season, ended tonight’s clash with 40 yards on 18 carries, chocking in the moments when Titans needed him the most.

Without him, Ryan Tannehill was helpless, with 165 passing yards for one touchdown and one interception, completing 18 of his 26 passes. AJ Brown looked like the only one willing to resist the steel grip of the Ravens’ defense, with the Titans’ WR posting 83 receiving yards in six catches, one of them being a touchdown.

Baltimore’s defense, was there when needed the most, and one such situation happened at the end of the third period. Back then, they would stop Tennessee at the five-yard line, forcing them to go for a field goal instead of a touchdown.

Lamar Jackson was fantastic with 136 rushing yards and one TD rush. He threw 179 yards, without a score but with one interception, being sacked five times. However, all this is forgotten, as LJ stepped up in the key moments of the contests, providing nothing but big plays and consistency, and leading his team to a big win after an early 10-0 deficit.

The Ravens had 236 rushing yards, which is almost five times as many as the Titans, who ended the night with 51 yards.

Marquise Brown caught 109 yards through the air, while Mark Andrews had 41.

For Ravens, this win presents a massive boost, especially because they managed to get even with the Titans. They will play either against the Kansas City Chiefs or the Buffalo Bills, depending on the result of the match between the Pittsburgh Steelers and the Cleveland Browns.

If the Browns win, the Ravens head for Buffalo, while if Steelers come out as winners, Jackson is visiting Mahomes and the Chiefs.