The Lakers set up a play following LeBron’s inbound pass to Anthony Davis, which indicated that James might finish the possession, but in fact, AD assisted Kuzma, who sunk a tough downtown attempt over Bol Bol.

He ended the night with 25 points, 11-for-16 from the floor, and six rebounds, posting a good performance on both ends of the court.

The game was exciting, and both Lakers and Nuggets have the chance to win. With 1:49 until the end, the Nuggets had a five-point lead. Back then, Monte Morris scored a three which suggested that Denver might take this one and close on the Clippers who are ahead of them in the standings.

Yet, Kuzma, AD, and James made a 7-0 run to lif the Lakers, who took the lead, and eventually won.

Denver played the entire game with frequent changes, as head coach Mike Malone wanted to see the players who are not starters in crucial moments of the match. The entire starting five of the Nuggets weren’t on the floor throughout most of the final period.

In the end, the player with the fewest minutes was Bol Bol with 21 and PJ Dozier spent 27 minutes, team-high. Eight of Denver’s ten players scored 10 or more points.

Dozier was the most efficient with 18 points and four assists and rebounds. Porter Jr. had 15 without a single miss from the field, 6-for-6. Jamal Murray scored 14, same as Morris, and Paul Millsap added 13.

On the other side, LeBron and Anthony Davis led the way alongside Kuzma. James had a game-high 29 points with 12 assists and five three-pointers. He was 38 minutes on the floor and during that time made nine of his 21 shots.

Davis spent the same amount on the court, adding 27 buckets, with six boards and five dimes. AD also contributed with three steals and two rejections, making his presence in defense useful as always.

The Lakers will meet the Sacramento Kings in their last game of the regular part of the season on Thursday. Meanwhile, Denver has two more contests, and the first one is against the Clippers on Wednesday.

Facebook Twitter LinkedIn Pinterest
DON'T MISS IT MLS is Back: Portland Timbers vs. Orlando City Preview and Picks DON'T MISS IT UP NEXT San Antonio Spurs Keep Their Playoff Hope Alive After Beating Houston Rockets, 123-105 UP NEXT

The Los Angeles Lakers didn't have any trouble beating the Denver Nuggets tonight, dismantling the... 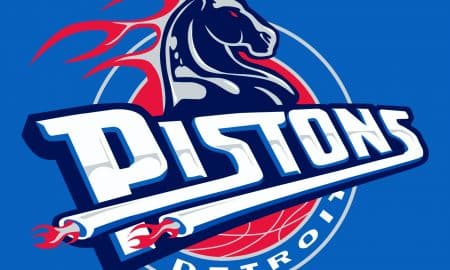