Home
SOCCER
MLS is Back: Portland Timbers vs. Orlando City Preview and Picks

MLS is Back: Portland Timbers vs. Orlando City Preview and Picks 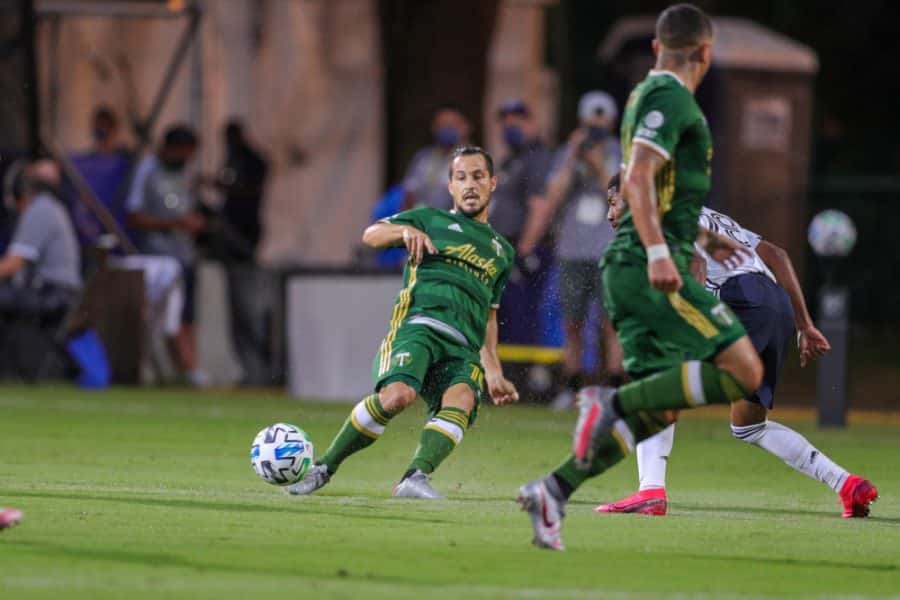 The finals of the MLS is Back tournament features Portland Timbers and Orlando City. We might say that Portland’s appearance here isn’t surprising, but on the other hand, that claim won’t pass for Orlando. Anyhow, expect an interesting and hard battle, between two sides who play competitive and exciting soccer.

The 2015 winners, and 2018 MLS Cup finalists are back again. Giovanni Savarese’s guys had a bumpy road to the finals, but they managed to overcome all the obstacles and reach the title match.

Apart from the round of 16 when they eliminated FC Cincinnati after the penalties, Timbers scored two goals in each game. That and the one against LAFC 2-2, in the group stage, were the only two they haven’t won, with wins against LA Galaxy, Houston Dynamo, NYCFC, and Philadelphia Union.

The creative duo Blanco-Valeri, backed up with fantastic Jeremy Ebobisse and recently added Jaroslaw Niezgoda, leads the way for the Timbers.

Without a doubt, the Lions are the biggest surprise of the tournament. It could be because they feel at home, or because the rivals underestimated them, or both. However, the crucial thing is that City played very well during the entire competition.

As Timbers, they also have four wins and two draws, and they too scored in each game. Oscar Pareja’s guys aren’t that offensive-minded as Portland’s players, but they sure know how to deliver blows and hits.

Once this side takes the lead, it is very hard to reach them, because they play tactical and tough soccer. Thesho Akindele and the Portuguese superstar Nani are the two leading players among the Lions, and the ones who know how to handle critical situations. Nani’s experience is vast, and he definitely knows how to behave depending on the result.

A few days ago, Portland was the favorite, but as time goes by, the odds on Orlando’s win are going down. The reasons for that are unknown at the moment. For many, it is something a bit odd, as Portland looks better and, more importantly, has experience in matches like this one.

Betting on Portland might be risky, but right now, ProSports’ tipsters believe that they have what it takes to beat the Lions. If this sounds risky to you, the second bet would be both teams to score, at -185.