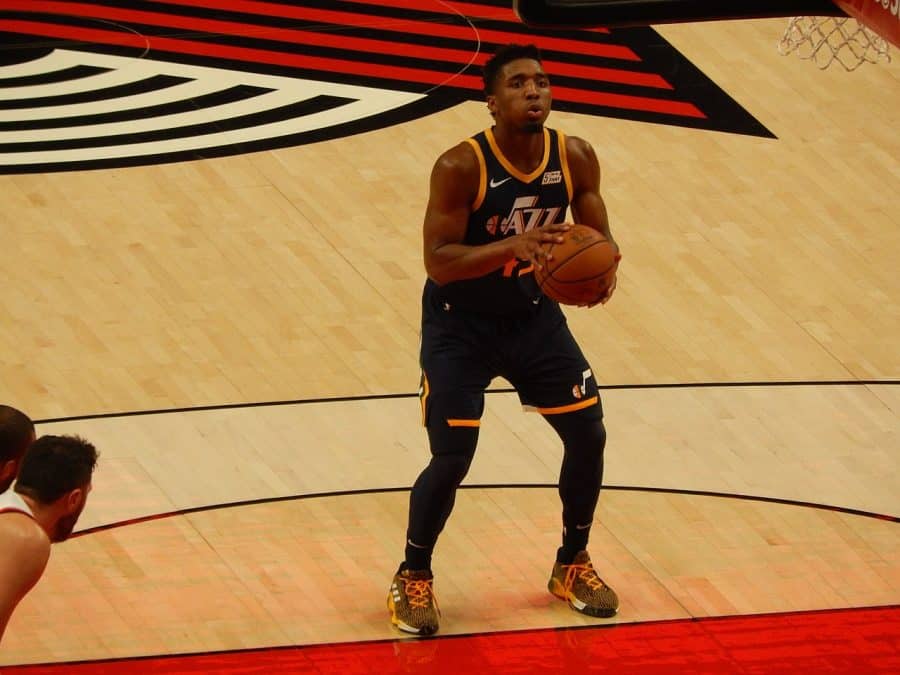 The Utah Jazz has demolished the shorthanded champions, LA Lakers, tonight, posting a 114-89 victory at their Vivint Home Smart Arena.

The Jazz showed a dominant performance, constantly punishing the guests who appeared without injured Anthony Davis and Dennis Schroder. This was their 26th win of the year, and along with only 6 losses, Quin Snyder’s side is confidently holding the top of the league.

The purple and gold held on until the start of the second period, once hosts went on a 9-0 run that saw them taking a 35-25 lead. After that, it was all a routine for them, with the result at halftime being 63-47 for Utah. They wouldn’t stop after that, yet continue to score in the same rhythm, with the difference between two teams reaching 29 points.

Rudy Gobert and Jordan Clarkson had 18 points each, with the note that the latter came off the bench. Gobert added nine rebounds. Bojan Bogdanovic scored 15 points, all from behind the three-point line, Mike Conley had 14 with eight rebounds and assists apiece, while Donovan Mitchell didn’t have a usual shooting night.

The Spida dropped 13 buckets, hitting four of his 16 shots from the field. However, he would contribute in other aspects, with 10 boards and 8 dimes.

LeBron James led the LAL with 19 points in 28 minutes, having four boards and assists as well. Montrezl Harrell scored 16 off the bench, 7-for-12 shooting from the field. Markieff Morris delivered 12 and nine rebounds.

The champions lost the fourth game in the previous six, and are on the decline now. Without Anthony Davis, they are a completely different team, unable to compete with the top rivals from the conference and the league. AD will be out for a month, and the Lakers need to find a way to start winning even without him; otherwise, the entire situation could become complicated very much for them.

On the other side, the Jazz continues to roll, posting the 22nd win in the past 24 events. They are looking superb right now, with so many options in attack and an incredible amount of confidence.

They are now heading on a four-game road trip, to Miami, Orlando, New Orleans, and Philadelphia.

Meanwhile, the Lakers will host the Trail Blazers, Warriors and the Suns.

Facebook Twitter LinkedIn Pinterest
DON'T MISS IT Tiger Woods Stable Following Surgery, Has a Rod in His Right Leg DON'T MISS IT UP NEXT UFC: Jairzinho Rozenstruik vs. Ciryl Gane Preview, Odds and Pick UP NEXT