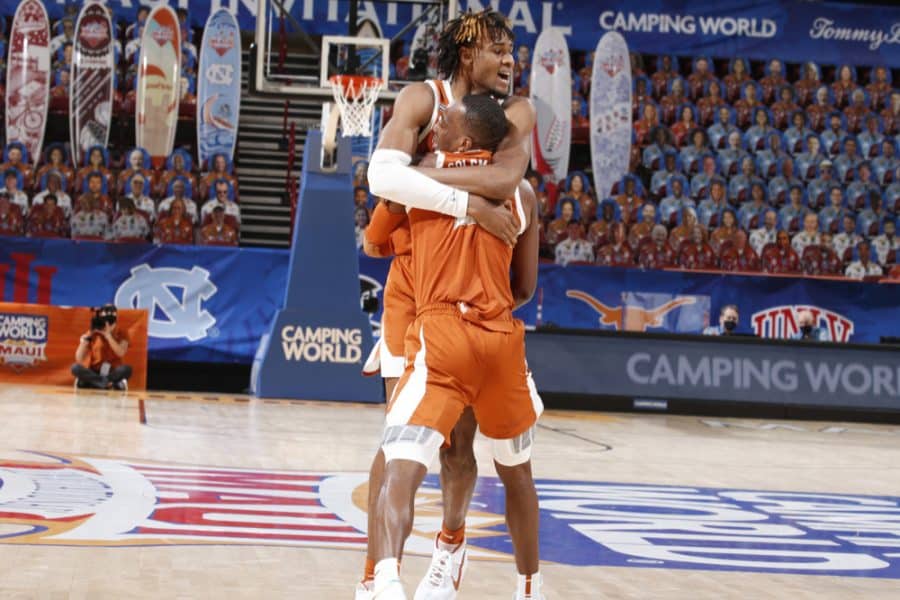 After a roller coaster game win in which both sides had the lead, managing to lose the same and to enter a thrilling finish, the No.17 Longhorns came on top after all the excitement.

Coleman calmly waited for the time to expire before outsmarting his guard, RJ Davis. The Tar Heels’ player couldn’t do much against Coleman’s whose jumper hit the bottom of the net, igniting a massive celebration on Texas’ bench.

The fourteen-seeded North Carolina was leading early on, but they experienced an avalanche coming from the other side, with the Longhorns creating a 26-5 burst that pulled them away to 36-20. The Tar Heels slowly clawed their way out of the hole, constantly decreasing the minus in the second sequence.

As a reward, they would take the lead once again, with 2:44 to go, 65-63, but that turned out to be their last push, after which Texas responded and regained the edge.

Coleman had 22 points and was looking excellent on the floor for the whole time. In 37 minutes on the court, Texas’ guard had 22 points, shooting 9-for-16. Courtney Ramey added 13 for the winners, and Gregg Brown 10. Kai Jones was very good off the bench with 12 points, and 8 boards, scoring four straight points in the finish of the match that helped his team take back the lead.

Garrison Brooks had a team-high among the Tar Heels with 18 points, adding seven rebounds. Roy Williams’ team was much better on the glass, having 50 boards and two players with double-digit figures in this category.

Armando Bacot had a double-double with 10 buckets and 12 boards, while Leaky Black secured 10 rebounds with 8 points.

This was the first loss of the year for North Carolina, who is now 4-1 and hits the road to take on No.3 Iowa. That match is set for next Tuesday.

As for undefeated Texas, 4-0, they have an interesting matchup against No.12 Villanova in three days, this Sunday. Unlike NC, the Longhorns will await their rivals.

This edition of the Maui Invitational took place in Asheville, North Carolina. Coronavirus problems have prevented the teams from traveling to Hawaii, and the NCAA decided to relocate the tournament to North Carolina. 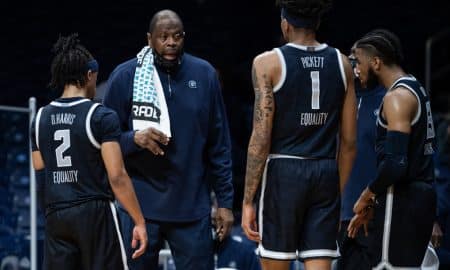 The Georgetown Hoyas defeated No.17 Creighton in the Big East tournament finals, while No.13 Texas...