Minnesota Timberwolves Select Anthony Edwards as the No.1 Draft Pick 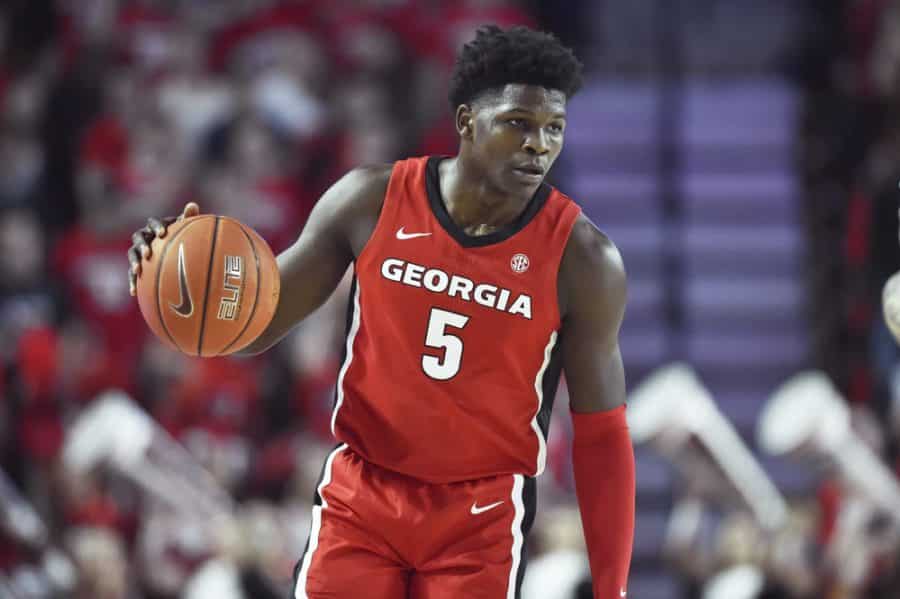 The Minnesota Timberwolves selected Anthony Edwards for the first pick at this year’s NBA draft. James Wiseman is second, heading for the Golden State Warriors, and LaMelo Ball third becoming a part of the Charlotte Hornets.

Edwards, the guard from Georgia, was projected to be the No.1 pick, especially after the Timberwolves earned the right to chose first. He was the top scorer among all the freshmen in Division I, with 19.1 points, adding 5.2 boards, 2.8 assists, and 1.3 steals.

The 19-year old with a very tough life background, will have a chance to be a part of the new Timberwolves team and play alongside Karl-Anthony Towns, D’Angelo Russell, Ricky Rubio, etc, and is expected to contribute immediately. Minnesota plans to attack the playoffs in the upcoming season, and finally, move away from the lower part of the Western Conference.

James Wiseman was selected second by the Golden State Warriors, who experienced a nasty setback, seeing Klay Thompson injuring his leg yesterday. The 7-foot-1 slick center appeared only three times for his University of Memphis last season, due to suspension. Still, he was already established as one of the biggest prospects even before that happened. In those three events, Wiseman posted 19.7 points, 10.3 boards, and 3 blocks per game.

Charlotte Hornets took LaMelo Ball as no.3, making him and Lonzo the first pair of brothers picked among the top five. Unlike other prospects from this year’s draft, LaMelo played senior basketball overseas, in Europe and New Zealand.

The highest-placed player from Europe was Killian Hayes from France, with the young point guard going seventh, drafted by the Detroit Pistons. AP Player of the Year Obi Toppin came one place after lading among the New York Knicks.

Deni Avdija, the biggest European talent, fell down to No.9, even though many believed that he might end up much higher. Avdija will play for the Washington Wizards. Oklahoma City Thunder made a trade to reach no.17 and pick Aleksej Pokusevski, the 18-year old Serbian who plays for the Greek powerhouse Olympiacos. Pokusevski is a 7-foot forward with a very sophisticated touch for the game, and the Thunder worked hard to get this young fella.

Facebook Twitter LinkedIn Pinterest
DON'T MISS IT ATP Nitto Finals: Novak Djokovic Suffers a Hard Defeat Against Daniil Medvedev DON'T MISS IT UP NEXT Klay Thompson Tore His Achilles, To Miss the Entire 2021 Season UP NEXT 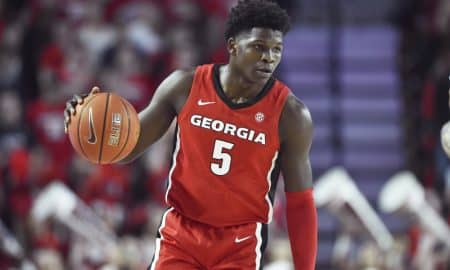 Unlike in the previous two games, Anthony Edwards and LaMelo Ball showed a glimpse of their...