Klay Thompson Tore His Achilles, To Miss the Entire 2021 Season 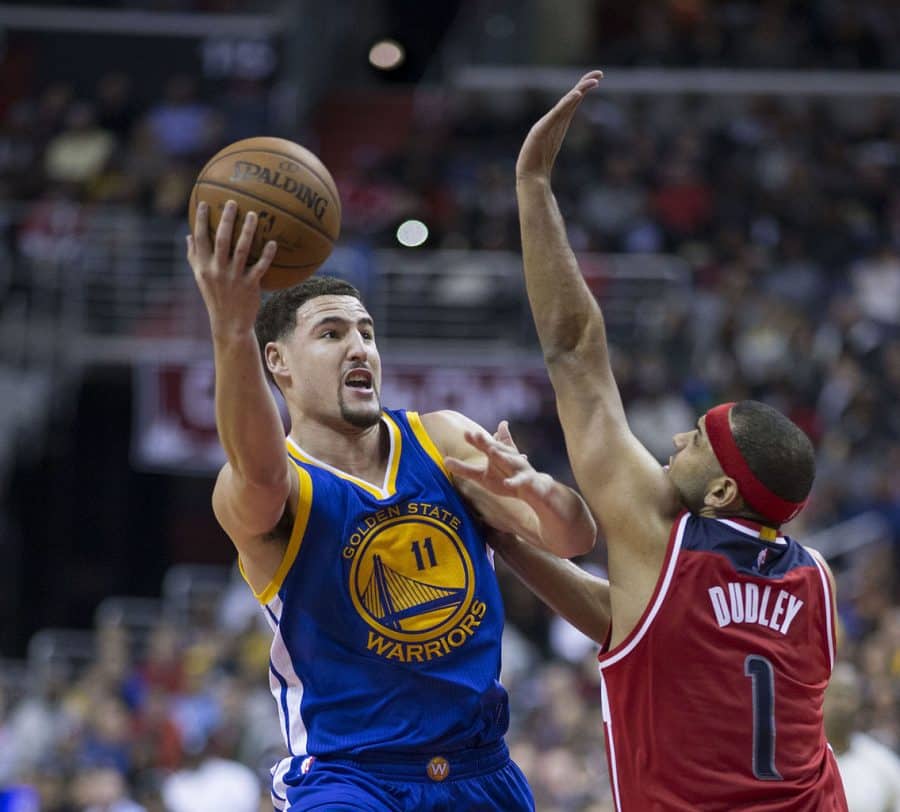 The media already reported yesterday that Golden State’s forward hurt himself during a workout this Wednesday, but at that point, there was no precise medical evaluation that could determine the degree of the injury.

Minutes ago, Adrian Wojnarowski tweeted that his sources confirmed that Klay Thompson suffered a torn Achilles and that he won’t play in the upcoming season. Thompson was working out with a group of NBA players in Los Angeles, once he landed on his leg feeling harsh pain, and not being able to put weight on it.

At first, the Warriors didn’t have any idea how long Klay would have to pause, but after undergoing an MRI this morning, the results that came were shocking for the entire franchise. The good news here is that the doctors expect to see Thompson fully recovered, based on the type of tear.

Still, that is of no consolation to the Warriors’ fans who eagerly expected to see their favorite following an entire year of waiting. Just to remind you that Thompson missed the full 2019/20 campaign, recovering from a suffered ACL in his left knee in Game 6 of the 2019 NBA Finals vs. Toronto Raptors.

To make it even worse for the franchise from California, Steph Curry suffered a season-ending injury just a couple of games after the start, and the Warriors were decapitated without their two franchise icons.

Golden State had high plans for the upcoming year, aiming to get back to the top and challenge the reigning champions, LA Lakers. They would receive the second pick at the draft and select Jameis Wiseman from the University of Memphis, the best center in the entire class. Even though he is 7 feet tall, Wiseman would fit the Warriors’ philosophy of play perfectly due to his fantastic athleticism. He would also bring fresh blood into the system and add more options for Steve Kerr on both ends of the floor.

The Warriors now have to choose what to, and how to cover up Klay’s absence. Without him onboard, Steve Kerr’s side is not a legit title contender. GSW lost their second offensive weapon and a fantastic defender, capable of guarding any forward and guard in the league. Thompson was selected to the 2019 All-NBA Defensive Team and twice to the All-NBA Third Team.

Facebook Twitter LinkedIn Pinterest
DON'T MISS IT Minnesota Timberwolves Select Anthony Edwards as the No.1 Draft Pick DON'T MISS IT UP NEXT Seattle Seahawks Top the NFC West Following a Victory Over Arizona Cardinals, 28-21 UP NEXT