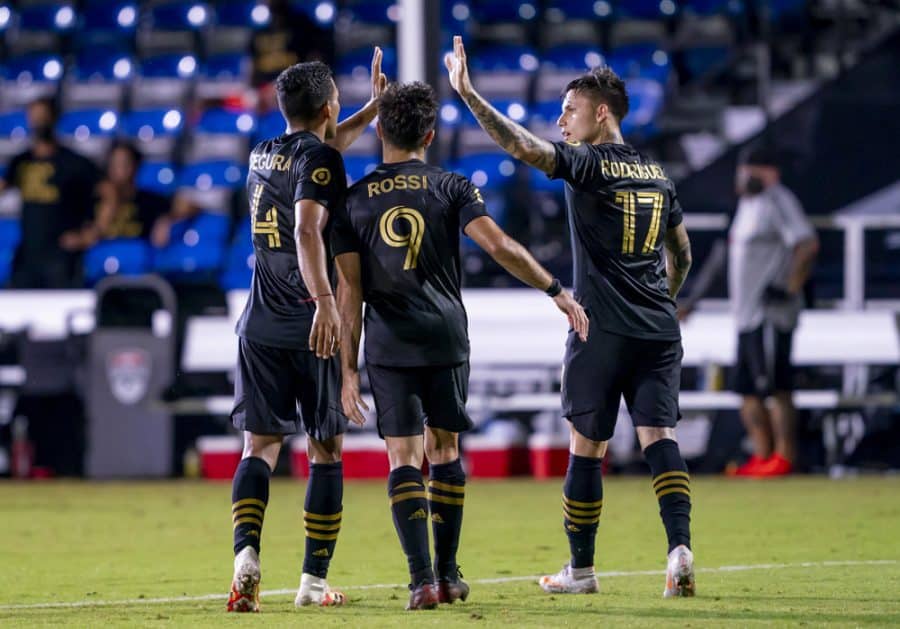 Soccer clubs from Los Angeles had mixed success last night, with the Galaxy being beaten badly by the Portland Timbers, while on the other side, FC posting a win over Houston Dynamo.

The Timbers went full power on the Galaxy, defeating the team from LA with 5-2, and packing three goals over the opening 45 minutes. The hosts started strong, right from the kick-off, and the Polish forward Jaroslaw Niezgoda had his little show over the opening 20 minutes.

He struck twice in the span between the 6th and the 19th minute, indicating a rough night for the guests. Jorge Villafana and Pablo Bonilla assisted the Pole, who became one of Portland’s key players after less than 20 games played.

Diego Valeri raised to 3-0 from the penalty kick, awarded to Timbers following Nick DePuy’s handball in the box, to pretty much solve all the doubts regarding the winner after just 30 minutes of play.

Galaxy’s hopes were revived when Cristian Pavon scored 17 seconds inside the second half, but they didn’t last for too long, as Eryk Williamson made it 4-1 after one hour of play. Timbers’ rage continued in the 74th minute with Andy Polo delivering his score, while Pavon scored his second in the injury time, setting the final result of this match.

Timbers secured the playoffs with this win, and are now after the No.1 spot in the West. Meanwhile, Galaxy is dead last in the conference and is trying to get out of the crisis.

The second team from LA, FC had more success, beating Houston Dynamo at Banc of California Stadium, keeping themselves in the position to attack the top spot, as they clinched a playoff berth too.

Diego Rossi scored a goal nine minutes after the initial whistle, and Eddie Segura added another one in the 22nd minute. Dynamo had a chance to cut the deficit in the first half, but Mauro Manotas’ shot was stopped by Kenneth Vermeer, which would turn out to be the key moment of the entire contest.

Houston decreased the deficit quickly after the start of the 46th minute, but they didn’t have the strength to take back home at least one point from LA. Diego Rossi‘s goal in the 52nd minute was disallowed after a VAR check, while on the other side, Gabriel Vera received a red card half an hour before the end of the regulations. That definitely hurt Dynamo’s ambitions to leave LA unbeaten.

LAFC hosts San Jose Earthquakes in the next round, and Galaxy meets Real Salt Lake. Both games are this Sunday.