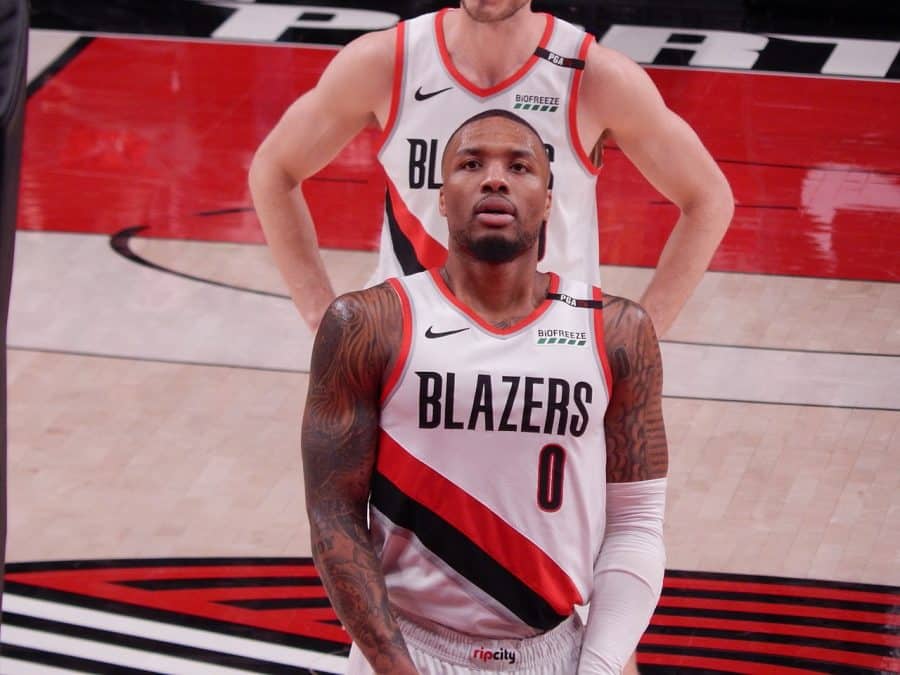 The Los Angeles Lakers didn’t allow any surprises this time, as they smashed the Portland Trail Blazers to even the result in the series to 1-1. The purple and gold beat the Blazers 111-88, unleashing rage upon them following a loss in Game 1.

However, a big loss here is not the most painful thing for Portland, but Damian Lillard‘s injury, as he dislocated his index finger. The X-rays came back negative, and Dame’s situation is not that complicated but will still have enormous consequences on his and his team’s game. He picked up the injury in the late part of the third.

Up until that moment, he scored 18 points a team-high, had three boards, and hit just one three in seven attempts. The entire Blazers starting lineup, excluding Dame, scored 31 points, and that tells a lot about the flow of this match.

Lakers seized the control during the middle of the first, with an 8-0 run that pulled them away to 16-8, and kept that gap until the end of the same. The difference between the teams stayed like that until the end of the halftime, when LAL made a 12-2 push to close the first part of the game leading 56-39.

Frank Vogel’s side knocked out the Trail Blazers in the third sequence, outscoring the rival 32-19, slowing down after that and allowing them to ease up the loss.

Anthony Davis was superb tonight with 31 points, 11 boards, and 13-for-21 shooting from the field, all that in 29 minutes. LeBron had just 10, with seven assists and six boards, but that was enough for him, as the Lakers solved this one pretty early. Though, King James posted six turnovers too.

The Lakers shut down the Blazers in Game 2 😤

On the other side, CJ McCollum had 13 points in 33 minutes. He and Lillard were 2-for-12 combined for three points. Anfernee Simons scored 11 off the bench in 15 minutes. Carmelo Anthony recorded a disappointing performance with just two buckets in 27 minutes, shooting 1-for-6 from the field, and without a single rebound, block or a steal, and only one dime.

The next game of the series is set for this Saturday, and a lot will be determined with Lillard’s finger status. Without him 100% ready, the Blazers don’t stand a chance against the LAL.