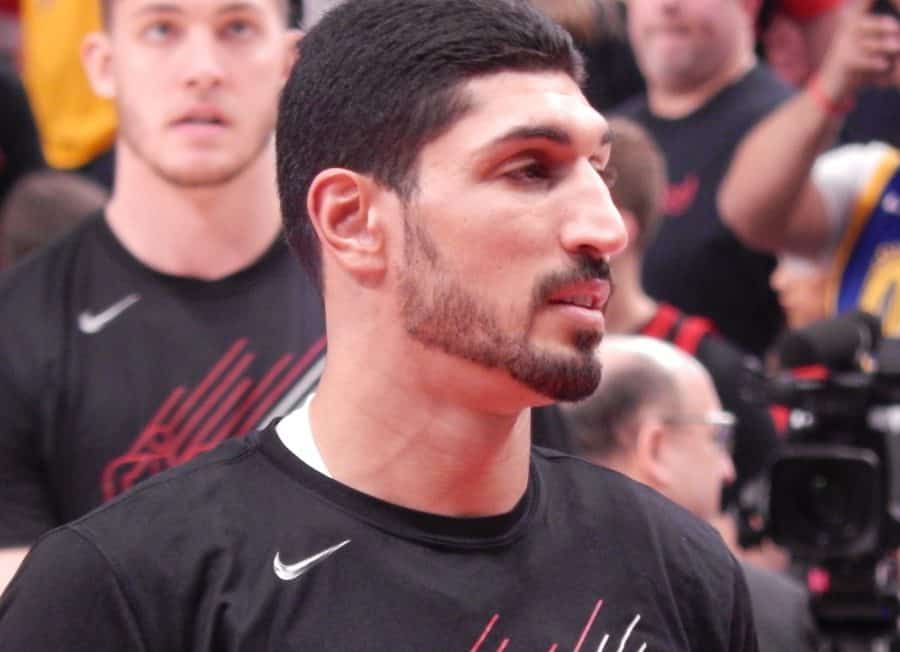 Enes Kanter reached a new franchise record tonight, grabbing 30 rebounds for his Blazers against the Detroit Pistons. Portland posted a victory, 118-103, primarily because of the Turkish international who ended the night with 24 points and was unstoppable under the rim on both ends of the floor.

Kanter had 18 defensive and 12 offensive boards, while shooting 9-for-16 from the field, and 6-for-8 from the free-throw line. The previous record-holder for the Trail Blazers was Sidney Wicks, who had 27 rebounds back in 1975. Also, Kanter became only the fourth player in the last two decades with 30+ boards in one game, with Kevin Love, Andrew Bynum, and Dwight Howard being the others.

As for the game itself, the home team didn’t have any problems in defeating the guests from Detroit. Portland was already up ten points after the first period, 33-22, and was looking confident, controlling the situation on the floor.

The next push came in the third quarter once hosts got a 95-76 advantage, and after that, routinely closed the game, notching their 31st victory of the season.

Damian Lillard had a double-double with 27 points and 10 assists, shooting 9-for-20, while his backcourt partner, CJ McCollum, ended the night with one point fewer while hitting 11 of his 21 shots.

Nassir Little and Carmelo Anthony added 11 points off the bench both.

Among the Pistons, Josh Jackson stood above all others, with 21 points, 7-for-12 from the floor, 5-of-6 for three. Point guard Frank Jackson played 21 minutes, delivering 17 points with four rebounds, while Saddiq Bay scored 14 with 6 rebounds. Unlike the game against the Sacramento Kings when he led the way for the Pistons, Cory Joseph’s productivity in this one was very low – 4 points.

Detroit is dead last in the Eastern Conference standings with 16 points and 37 wins. Some are suggesting that they want to chase the top pick in the upcoming draft, others that they simply don’t have the quality for a better record.

Up next, Pistons have one more stop before ending a five-game road trip. They are meeting the LA Clippers at Staples tonight, and after that, head back to Michigan to host the same team.

On the other side, the Trail Blazers have two home games coming up. The first is vs. Miami Heat, also tonight, and after that against another team from the East, the Boston Celtics.

Facebook Twitter LinkedIn Pinterest
DON'T MISS IT Real Madrid Better Than Barcelona in El Clasico, Champions Win, 2-1 DON'T MISS IT UP NEXT Hideki Matsuyama Wins at Augusta National, First Japanese to Win a Major UP NEXT