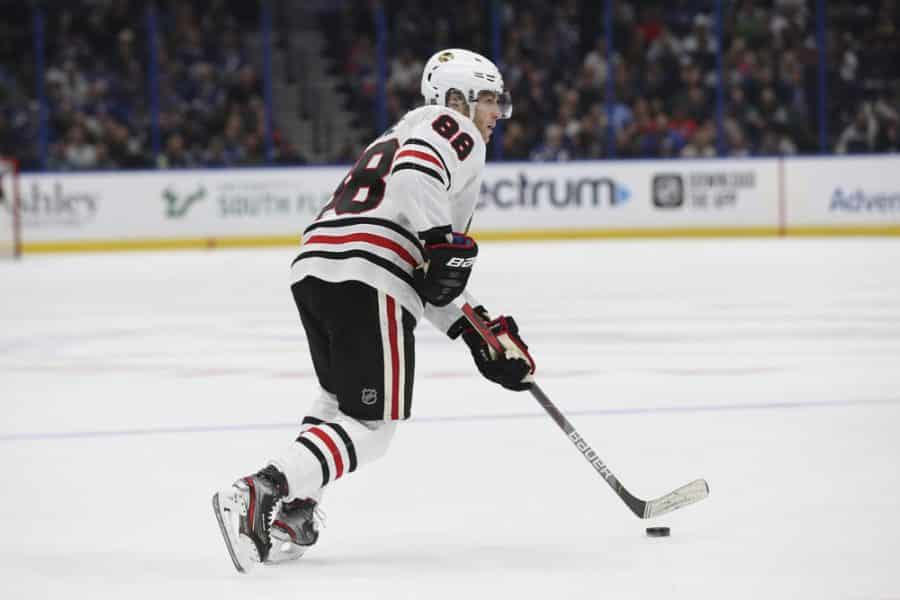 The first Western Conference game of the Qualifying Round saw a valiant effort from the Edmonton Oilers, but not enough to match the offense from the Chicago Blackhawks.

Chicago showed no signs of rust as they hit the ice for the first time officially since March. A high-scoring first-period game the Blackhawks enough to juice and momentum to pick up the 6-4 victory over Edmonton.

Connor McDavid would open the scoring for the game, scoring with only two minutes erased from the clock in the opening frame.

Dylan Strome opened the scoring for Chicago, five minutes into the contest. Not long after, Jonathan Toews would tally his first of the Qualifying Round to give Chicago the 2-1 lead.

Not done there, Brandon Saad tallied Chicago’s third goal in under 10 minutes, putting Edmonton into a 3-1 deficit. The flurry of offense from Chicago didn’t end there. Topping off the first period, the Blackhawks captain Toews scored his second of the period, and increasing Chicago’s lead to 4-1.

Down and defeated, Edmonton did everything in their power to claw their way back into this game. Leon Draisaitl opened the scoring for the Oilers in the second frame, bringing the deficit to 2.

However, another onslaught of offense thanks to Dominik Kubalik extended the lead even further, giving Chicago a 6-2 lead entering the third and final period.

Edmonton gained momentum in the third period but would need an extraordinary string of events to steal this game from Chicago.

With time winding down in the third, Edmonton saw their luck change, but it was too little, too late. James Neal would manage to score on the Power Play to bring the deficit within three. Down 6-3, Edmonton needed another push to tie this game, but they ran into clock issues late

Ryan Nugent-Hopkins would find the back of the net 35 seconds after Neal scored the first goal of the third period. Down 6-4, Edmonton would throw pucks on net but time was their biggest issue as the horn would sound, giving Chicago a sigh of relief and game one of this series.

Quick turnaround is always fun in the playoffs and Edmonton will have a day of rest to regroup and potentially come up with a new strategy as they enter game two in this series, down 1-0.

Can the Oilers climb back and defeat Chicago, or will they follow further from the playoffs with a 2-0 series deficit?

Facebook Twitter LinkedIn Pinterest
DON'T MISS IT Harden Drops 49, Rockets Outlast Mavericks After Overtime, 153-149 DON'T MISS IT UP NEXT Derek Brunson Upsets Edmen Shahbazyan, Wins Via TKO in the Third Round UP NEXT 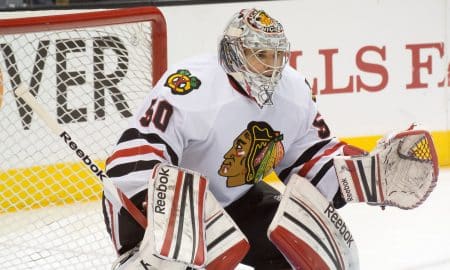 Chicago Blackhawks defeated Edmonton Oilers 4-3 this Wednesday night, after a big comeback in the...

The first Western Conference game of the Qualifying Round saw a valiant effort from the Edmonton...