Zlatan Ibrahimovic Shines With a Brace in AC Milan’s Win Over Inter Milan, 2-1 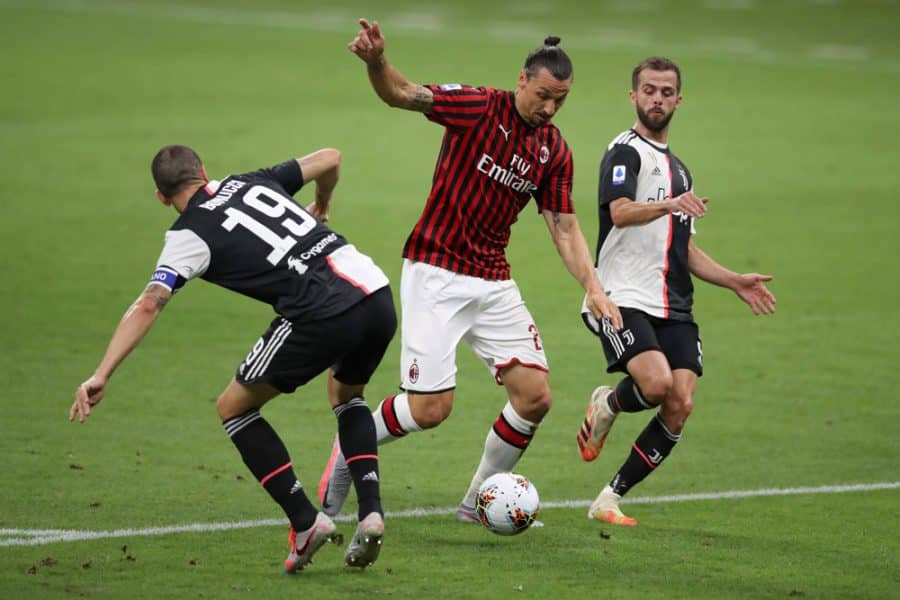 Zlatan Ibrahimovic scored twice to bring his AC Milan a win against Inter in one of the biggest derbies in the world. Rossoneri beat the city rivals 2-1, with the former LA Galaxy striker being in the middle of attention.

After the Old Firm derby that took place earlier, Derby Della Madonnina was in the middle of attention this Saturday afternoon. AC Milan searched for its fourth straight win since the start of the year, and they managed to find it.

With 39-years of age, the Swedish international and the former LA Galaxy superstar, Zlatan Ibrahimovic was in the middle of attention. He scored twice in three minutes, destroying Inter’s defense. Even though he recently had COVID-19, the Swed came out as if nothing had happened to him, rolling over his former team, and showing that there aren’t too many better players in his position right now, despite his age.

Zlatan forced Aleksandar Kolarov to foul him in the box after 13 minutes of play, earning a penalty for Milan. The experienced striker, at first missed the same, but immediately corrected himself, beating Handanovic.

Just three minutes later, Rafael Leao easily got rid of the rivals on the left flank, sending a cross to the heart of the goalkeeper area where Ibrahimovic routinely hit the back of the net. He would again outsmart Kolarov, who couldn’t follow his direct rival.

At that point, it seemed that Milan has everything in its hands, but Inter woke up, scoring through Lukaku in the 29th minute. From that moment on, we watched a ruthless battle for every inch of the field, with both sides often exceeding the limits of sportsmanship.

Inter was perhaps damaged in one situation. The main referee decided against awarding Nerazzurri a penalty following one suspicious tackle when Lukaku fell in the box.

Yet, even without that, Inter had the chance to turn the result upside down, but Lukaku himself missed two excellent opportunities, which in the end cost the nominal hosts at least one point. After four straight wins in direct matches against Milan, Antonio Conte’s team finally lost.

Rossoneri are first in the standings as the only team with a perfect record following the opening four rounds. Atalanta comes next, after today’s loss in Napoli. Inter is sixth, five points behind, which is a massive deficit for this stage of the campaign.