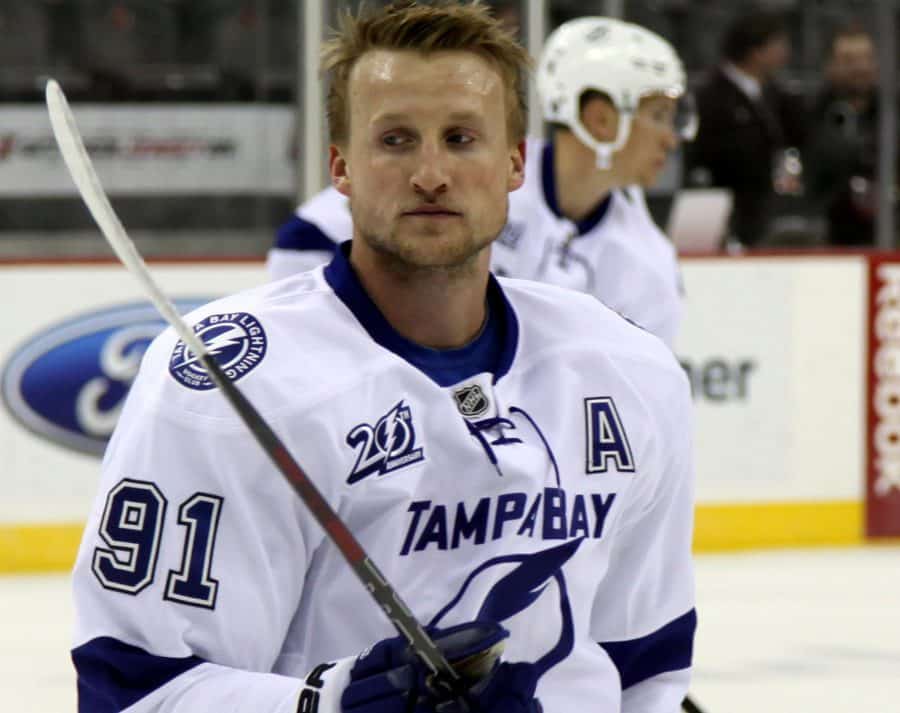 Tampa Bay Lightning took over the wheel in the Stanley Cup Finals, beating Dallas Stars 5-2 in Game 3, and providing an getting the lead in the series.

After losing the opening matchup, Jon Cooper’s guys rallied back to win two straight and shift the momentum to their side.

As for Wednesday’s match, there was one more moment that created the swing and momentum. Lightning captain Steven Stamkos was back on the ice for the first time since February 25, and he scored.

The 30-year old doubled Tampa Bay’s lead to 2-0, at 6:58, with a wrist shot from the right face-off circle to stun Stars’ goalie Anton Khudobin. Stamkos’ goal would create an explosion of joy on the Lightning bench. He would go out at 2:47 left and wouldn’t come back on the ice anymore.

Previously, Nikita Kucherov beat Khudobin on a breakaway after he stole the puck from Miro Heiskanen at 5:33

Dallas managed to cut the deficit and put themselves in a bit better situation with Jason Dickinson’s goal at 11:19, but ti turned out that they had a much worse experience in the middle frame than in this one.

Tampa Bay seized the control of the match, destroying Stars on the ice, and outshooting them 21-4, scoring three goals, and forcing Dallas’s head coach Rick Bowness to pull out Khudobin at the start of the third.

Steven Stamkos still knows how to shoot a puck pic.twitter.com/4XXF5xmRSU

One by one, Victor Hedman, Brayden Point, and Ondrej Plat scored goals for their side. And we need to add that they had perfect timing for all of them.

Hedman’s score came 54 inside the second period, on a powerplay, which definitely killed the rivals’ morale. Point added his hit at 12:02, while Palat KOd the Stars with 1:05 to go until the end of that sequence. If it weren’t for Khudobin, who had 18 saves in that one alone, the situation would be much worse for the Stars.

The final 20 minutes saw a rough and harsh battle with numerous penalties on both sides. The Lightning was keeping its lead, while Dallas desperately wanted to change something. They would succeed in scoring one goal, when Heiskanen managed to stuff it in at 6:49, but that was all. Until the end, we saw more and more incidents, but the score stayed the same.

Game 4 of this series is this Friday,

Facebook Twitter LinkedIn Pinterest
DON'T MISS IT UFC 253: Israel Adesanya vs. Paulo Costa Preview and Pick DON'T MISS IT UP NEXT Tyler Herro Drops 37, Leads His Miami Heat to 112-109 Win Over Boston Celtics UP NEXT