Phoenix Suns Going After Chris Paul, Negotiating a Trade With the OKC Thunder 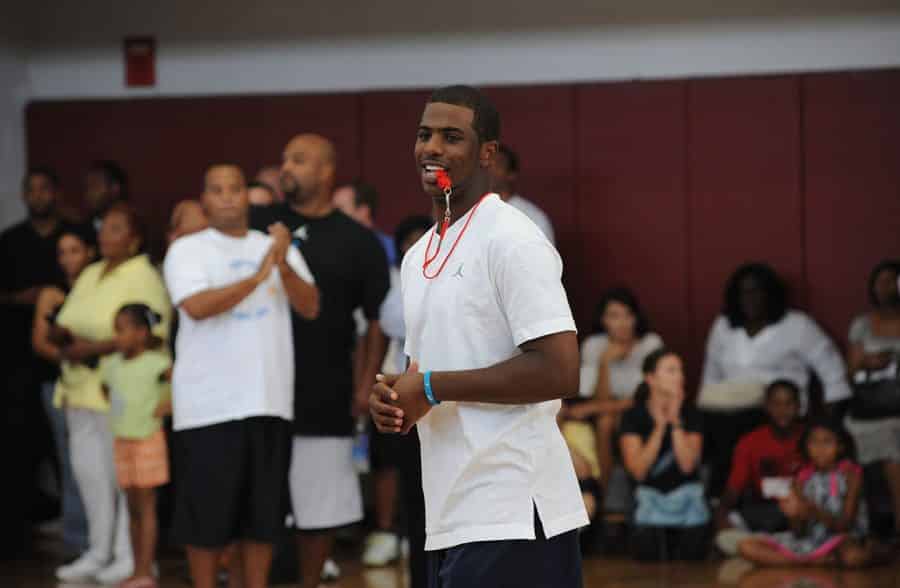 Phoenix Suns are apparently in the hunt for Oklahoma City Thunder‘s point guard, Chris Paul. The latest intel from the league suggests that the veteran might change the team shortly in the future.

The two teams are already in talks, and even though nothing has been officially confirmed, the same sources suggest that OKC wants to arrange a deal.

The Phoenix Suns have had discussions about acquiring Chris Paul from the OKC Thunder, sources tell me & @TimBontemps. Story forthcoming.

Thunder would like to release a massive share of their salary cap money, as Paul has $85.5 million left on his contract in the next two years. Having in mind that they have many young and talented players on their roster, that money will be used to tie some of them long-term. OKC evolved to a playoff team much sooner than many expected, and even though Paul has a huge impact on that, Thunder’s management evaluated that they could go on without the veteran.

With 17.6 points and 6.7 assists, 5 boards, and 1.6 steals, Paul earned a place in the second All-NBA team. Now, the figures presented here are not the main reason for this honor, but the fact that nobody saw OKC near the postseason. They managed to reach the same and have very notable results during the regular part of the year.

The Suns are now in the same position as OKC once Paul landed there. Phoenix has Devin Booker and DeAndre Ayton, two very talented guys who are already excellent players, but need to develop and have solid foundations for becoming a playoff contender.

The franchise from Arizona ended the bubble restart with an 8-0 record, being the only side in Orlando without a defeat but failing to reach the postseason. Their perfect record was a sign that this team can win games, and some of those victories were against top units in the league. It was also a sign for the management to react and add some notable names to the roster.

Paul is an ideal candidate not only because he brings quality and knows how to help young players grow, but also because he already worked with Monty Williams. The two spent two seasons together in New Orleans, and hold a very high opinion about one another.

The move would also announce Phoenix’s intention to chase the playoffs, making them even more attractive on the market. Plus, it would end a bad period during which they wandered at the bottom of the Western Conference.

Facebook Twitter LinkedIn Pinterest
DON'T MISS IT Paul Felder Steps in to Face Rafael dos Anjos, Amanda Nunes Withdraws From UFC 256 DON'T MISS IT UP NEXT Rey Mysterio Reveals His Retirement Plans After Signing a New Deal With WWE UP NEXT