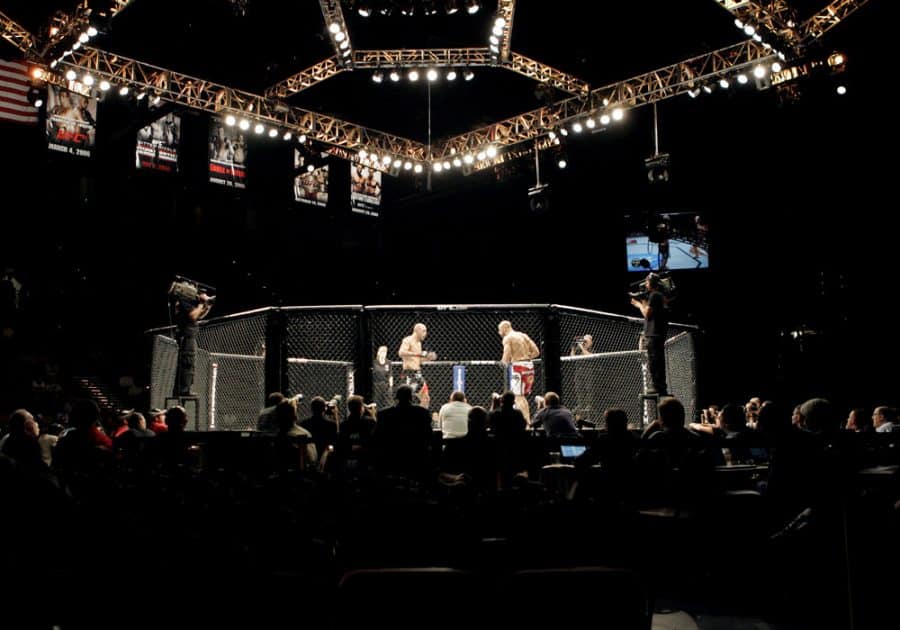 Max Holloway (22-6 MMA, 18-6 UFC) showed all of his talents against Calvin Kattar (22-5 MMA, 6-3 UFC), posting a superb win that propelled him back to the center of attention. Not only did he won against Kattar, but while doing so, he set several records putting up a show rarely seen in the UFC.

The late phase of the final round saw Holloway addressing the former two-division champ, Daniel Cormier who was commenting the fight, telling him that he’s the best boxer in the UFC, all that while dodging Kattar’s punches. It was the climax of his fantastic performance in Abu Dhabi this Saturday night.

Holloway won via unanimous decision, having one round 50-42, which happened only for the second time in the UFC history. The Blessed was once again looking like the best ever in the 145-pound division, throwing punches at will, avoiding the rival’s attempts, and dancing all over the octagon.

After two defeats (highly controversial, per various exerts) against Alexander Volkanovski, once he lost the featherweight title, Holloway bounced back with style. The former champ broke his own record in significant strikes landed, 445, eclipsing the previous one for 155 hits.

The opening round started with Kattar trying to set the pace, but after a few minutes, that hit back him like a boomerang, as he couldn’t follow the tempo anymore. On the other side, Holloway was getting hotter and hotter, indicating what will happen.

We saw his fury in the fourth once he obliterated Kattar, inflicting him 141 significant strikes, which is another record set in this bout. Kattar managed to stay at his feet and even try to respond, which is a huge deal, having in mind the amount of beating he took.

The 32-year old won the previous two matches, against Jeremy Stephens and Dan Ige, but tonight he had no chance of making the biggest success of his career.

Following the fight, Holloway said that if something happens with either Conor McGregor or Dustin Poirier, who are headlining next week’s UFC 257, he will be ready to step in. The Blessed’s future is not an enigma, and his current goal is known to everyone, and that is getting back the UFC featherweight belt.

The reigning champion, Alexander Volkanovski, will have another title defense in March at the UFC 260, against Brian Ortega. Regardless of who wins here, Holloway will be in the mix as the next title challenger.

Facebook Twitter LinkedIn Pinterest
DON'T MISS IT NFC Divisional Round: Buccaneers vs. Saints Preview, Odds and Pick DON'T MISS IT UP NEXT Tom Brady Defeats Drew Brees, Buccaneers Better Than Saints, 30-20 UP NEXT