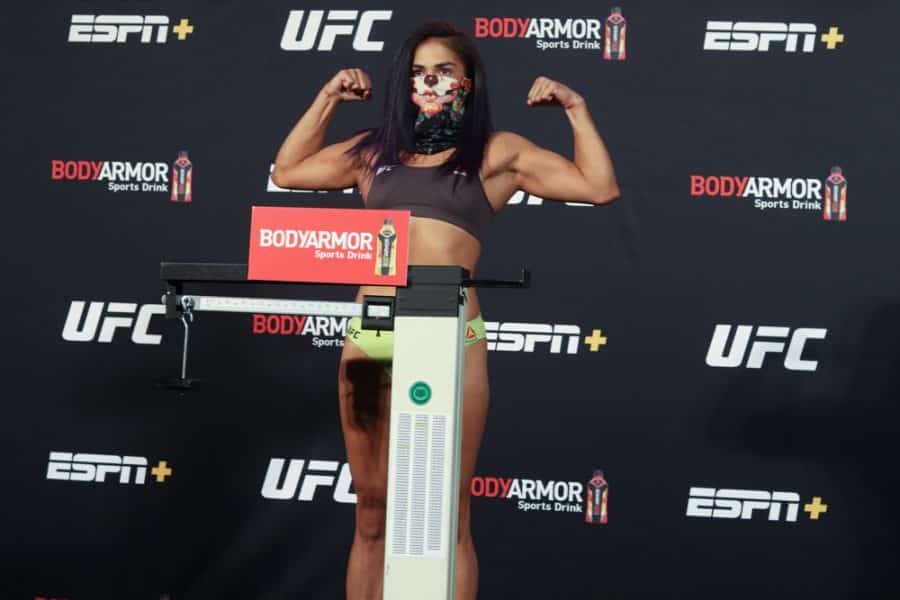 UFC Fight Night Saskatoon was very interesting last night, and the winners of the two most important fights were Cynthia Calvillo and Marvin Vettori.

Vettori was better than Karl Roberson, in the middleweight bout, submitting the rival after just 4 minutes and 17 seconds of the fight. It was a much shorter fight than anyone expected, especially because of all the trash-talking which took place between these two fighters.

Both Vettori and Roberson didn’t have any positive words for one another, and most of the time, they were firing insults.

Once the match started, the Italian began searching for a way to throw a punch, and he did attack first, but Roberson took him down on the canvas. That situation didn’t last long because Vettori managed to squeeze out and take control of the situation.

He would start to hurt Roberson, who slowly started losing pace, and eventually, Vettori managed to set up a rear-naked choke that solved this match.

Vettori posted his third straight wins after his loss to Israel Adesanya in April 2018. Roberson had two triumphs in a row before this failure.

In the other co-main event, Cynthia Calvillo beat Jessica Eye after five rounds, with the judges all scoring in her favor.

Calvillo was very confident throughout the fight, and she didn’t allow the rival to have the slightest chance to win this one. The eye was constantly on the back foot, and was helpless while on the ground, where Calvillo.

You have a new contender! 👏 #UFCVegas2 pic.twitter.com/caXFHk2XgU

Eye was the No.1 ranked fighter in the flyweight category, and Calvillo immediately made some noise in this division. For here, this was the fourth straight match without a loss, and during that time, she posted three triumphs and one draw.

On the other side, Eye recorded her second defeat in the previous three events. After losing against Valentina Shevchenko in a title fight, she defeated Viviane Araujo and now experienced another failure.

Up next, the UFC has an event on June 20, with the bout between Curtis Blaydes and Alexander Volkov highlighting that spectacle. Apart from that fight, we have Josh Emmett and Shane Burgos, as well as Lyman Good against Belal Muhammad.

Facebook Twitter LinkedIn Pinterest
DON'T MISS IT Dana White Reveals Main Cards for UFC on ESPN 11 and 12 DON'T MISS IT UP NEXT Real Madrid Wins in Its First Post-COVID Game, Defeats Eibar 3-1 UP NEXT