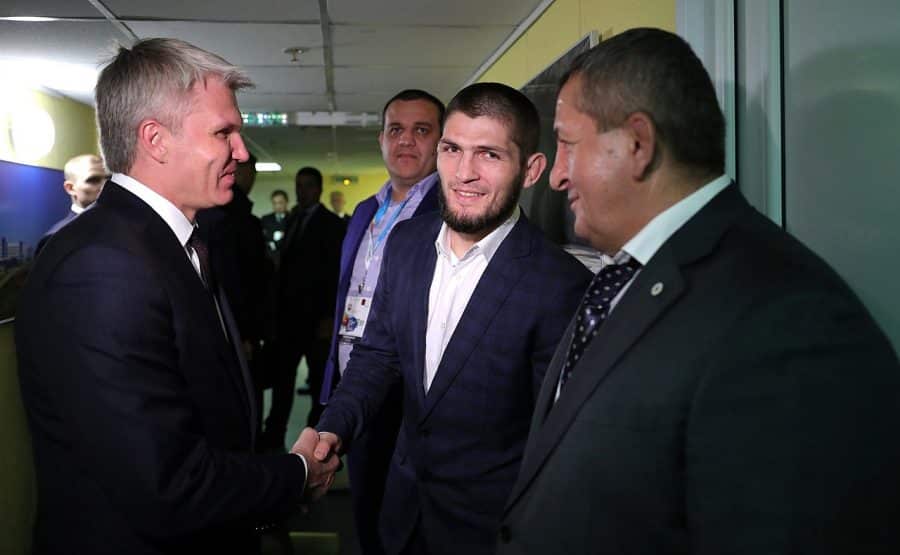 Khabib Nurmagomedov defended the UFC lightweight title, and also announced his retirement from the MMA.

Arguably the best UFC fighter ever was successful in his title defense, beating Justin Gaethje tonight in Abu Dhabi. The Russian retained the title with a triangle choke submission after 1:34 into the second round.

Khabib not only kept his title, but remained perfect with 29 straight wins without a single loss in his career. Following the fight, Nurmagomedov announced his retirement, saying that he promised his mother that he wouldn’t fight without his father any longer. The champ took the gloves off, threw them to the middle of the octagon, adding that his career is finished.

“I talked with my mother, she didn’t want me to fight without father, but I promised her it’s gonna be my last fight and if I give my word, I have to follow this.”

Khabib’s father, Abdulmanap, died earlier this year due to COVID-19 infection complications, and ever since, Nurmagomedov has been in grief. Some suggested that he wouldn’t continue fighting, while others assumed that the champ would try to reach a 30-0 record, which was his and his father’s wish, before retiring.

Regarding the fight, we saw a very interesting battle, in which Gaethje had his moments, striking the champ who wouldn’t respond to those hits very well.

The Highlight was trying to keep the distance between him and Khabib with strong low-kicks, managing to do the same until the end of the first round. That was when the champion finally took down the challenger, attacking his arm, but the bell saved Gaethje.

A similar situation happened early in the second, with Khabib pressuring Gaethje, taking him down, and establishing a triangle choke, inflicting the rival his third loss in career.

Nurmagomedov was very emotional after the match, kneeling in the middle of the ring and once again showing his grief for his late father. Gaethje tried to console his big rival, but that wouldn’t impact Khabib’s feelings too much. The Russian spoke highly of his rival, thanking him for help he received throughout his career, as both of them were training in the same team.

The UFC lightweight division will lose its champion, and the fighters who are now in the middle of attention are Gaethje and Conor McGregor. The latter has a match against Dustin Poirier scheduled for January, and it is quite possible to see the winner of that one facing Gaethje for the title.

Facebook Twitter LinkedIn Pinterest
DON'T MISS IT El Clasico: Real Madrid Better Than Barcelona at Camp Nou, 1-3 DON'T MISS IT UP NEXT Davante Adams Shines in Green Bay's Win Against the Houston Texans, 35-20 UP NEXT