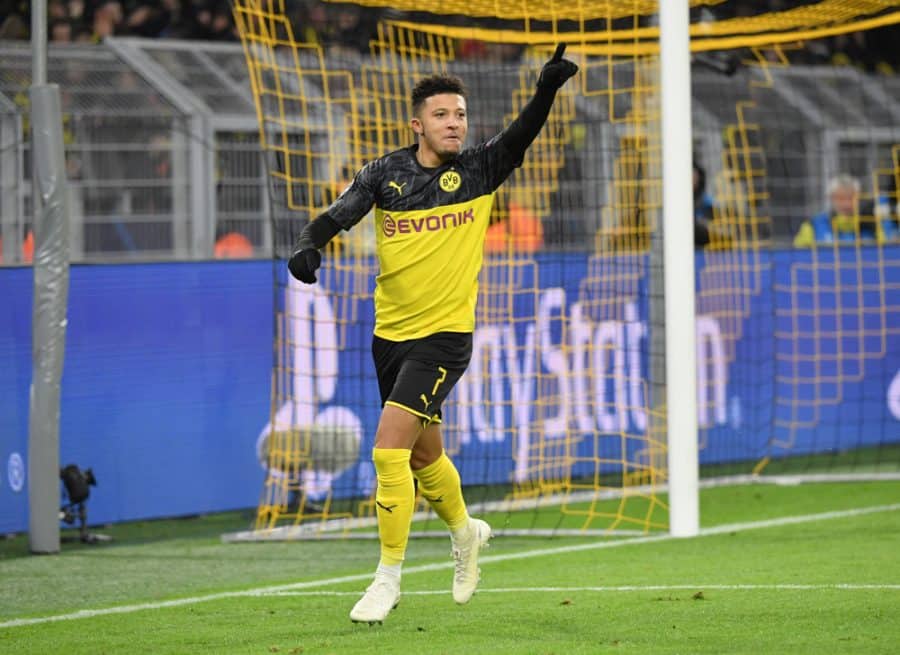 The newly-promoted champions of England are still not recovered from a massive party on the streets of Liverpool, yet their coach began working on the upcoming transfer window assignments. No.1 on the list is Sancho.

Klopp likes his  style of play and his attitude on the field, and the German isn’t hiding that he would love to see the 20-year old in the Reds’ jersey.

Still, he is aware that the prospects of seeing his wish coming true are minimal, and he openly talks about that.

“But I don’t think such a transfer will take place this summer,” Klopp said regarding Sancho’s move to Anfield.

Whether this is a tactical maneuver, or his actual belief, Klopp drew a massive attention today, with all the top media citing his words. The former Borussia Dortmund manager is trying for quite some time to recruit the young Englishman.

However, he has a harsh competition, in three other EPL teams – Man Utd, Chelsea and Manchester City. Allegedly United was the closest one to Sancho’s signature, but they can’t pay $135 million right away, and the Millionaires from Dortmund started searching for other options.

That is where City stepped onto the scene, as they don’t have any troubles with finances amid this COVID-19 chaos. Plus, Sancho was a part of their youth system, and he won’t be needing to adjust to anything once reaching Etihad.

Chelsea is the player’s favorite club, and that is their advantage, plus they have Christian Pulisic who already played with Sancho. Lampard is looking for youngsters, and the flamboyant forward fits the role perfectly.

So Liverpool isn’t in a sweet position at all regarding this transfer. The Reds do have a fantastic trio upfront but are desperate to add one more world-class player, and after failing to sign Timo Werner, this is practically a must be the situation.

Borussia finished its Bundesliga championship today, and in general, they ended the season, as they participate in neither the German Cup nor the Champions League. Sancho and the rest of the guys managed to be behind Bayern in the standings, having a chance to finally dethrone the Bavarians, but without success.