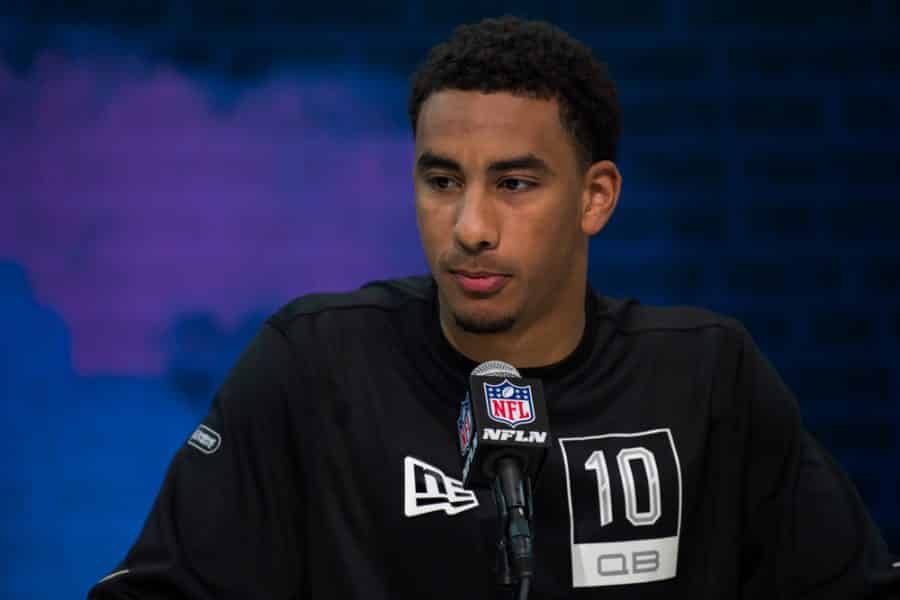 What was expected, but postponed due to the COVID-19 crisis, finally happened. Jordan Love, the first-round pick of the franchise from Wisconsin, inked a deal that would keep him in Green Bay for the next four seasons.

According to several insiders, among which Mike Garafolo, the young QB is set to earn $12,383,470, all of it guaranteed, plus he has a signing bonus of $6,566,160. Per the same journalist, this is the first time that one 26th pick got such an agreement, under the reigning rookie contract system.

This is another confirmation that the Packs count on Love pretty seriously, and another arrow towards Aaron Rodgers, who is now in a pretty unpleasant position.

The two-time MVP and arguably one of the best quarterbacks ever to play, was not even informed that Green Bay intends to draft a player on his position. Furthermore, GM Brian Gutenkunst made some pretty confusing comments about the entire situation. He would say that Rodgers has nothing to do with the organization’s decisions, all this in a not so diplomatic way.

Green Bay traded up at the draft to pick up Love, indicating that they really wanted to get their hands on this guy. The 6-foot-4 QB came out Utah State, after a not so bright season compared to the one he had in 2018. Back then, he threw for 32 TD’s had six picks, setting a school season record with 3.567 yards in 13 events.

Many see him as Rodgers’ successor, but for now, there aren’t any indications that he might be even in the combination to become a starter. Still, him coming to Green Bay after all that happened is signalizing that AR Era is about to end. All mentioned in this text leaves a lot of room for speculations about Rodgers and the entire chemistry inside the Packs’ locker room.

He, too, was once in a similar position as Love, as he came out of college, and became Brett Favre’s backup. Eventually, the legendary player had to leave the club with Rodgers stepping in as the new starter. He probably sees the history repeating itself.

Facebook Twitter LinkedIn Pinterest
DON'T MISS IT Manchester City vs. Liverpool Preview - Super Derby at Etihad DON'T MISS IT UP NEXT NHL Leaning Towards Two Canadian Cities For Resumption Of Play UP NEXT