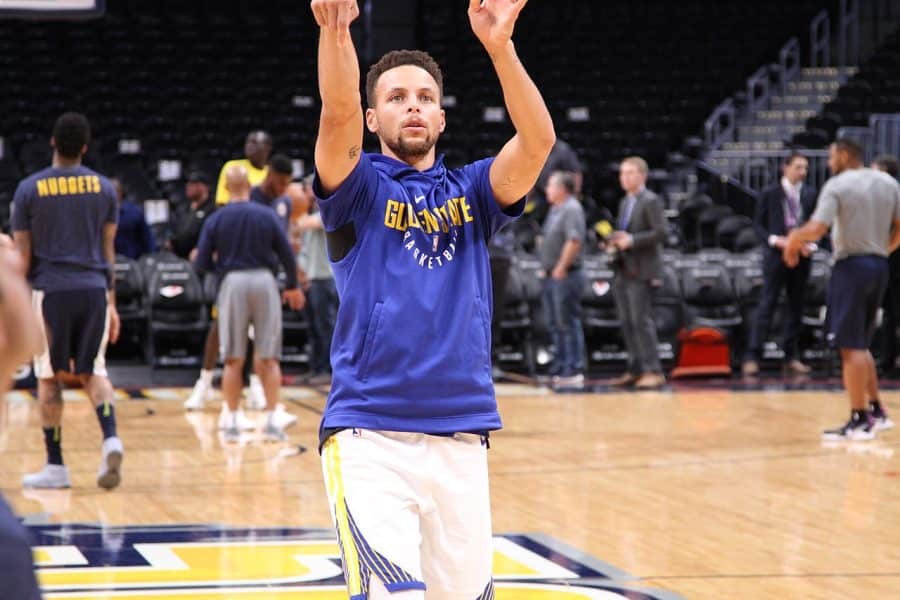 The Golden State Warriors dismantled the Kings, 137-106, not allowing the guests to have a single lead throughout the whole 48 minutes.

As usual, Curry was in the middle of attention, splashing from all positions, having 23 points until halftime. The two-time MVP concluded the night with 30 buckets, nine boards, and eight assists, all that in just 31 minutes.

“It’s a statement to us that we’re getting better. That’s all you can ask for,” Curry said.

His Warriors have pulled away early on, ending the first period with a 17-point lead, 37-20, suggesting that the Kings are about to experience one hell of a beating. However, GSW slowed down a little bit, with Steve Kerr using the big gap to give all of his players a chance to play.

Only the rookie Nico Mannion couldn’t score from the entire Warriors’ team.

Kelly Oubre Jr. was 4-of-6 from downtown, having 18 points, Andrew Wiggins dropped 16, and Eric Paschall added 14 off the bench. James Wiseman had 10 in 17 minutes. Mychal Mulder scored 12, also off the bench, and Kevin Looney 11.

The Warriors had a season-high 41 assists and scored 23 of their 43 three-point attempts, keeping a high percentage throughout the match, 53.5%.

Kings surrendered easily, which is something nobody expected from them tonight. Harrison Barnes and De’Aaron Fox had 18 points each. Barnes added nine boards, and Fox had seven assists. Buddy Hield had 10, shooting threes 3-of-11.

Hield averages just 15.9 points while shooting 36.3% from the floor, which is below his projected numbers. The Kings decided to pick him and Fox as the franchise leaders and award both with massive contracts, allowing Bogdan Bogdanovic to leave California.

After a solid start, Sacramento fell below .500, as they now have three wins and four losses, with the note that Luke Walton’s side lost the previous three events.

A good thing for the Kings is that they have seven straight matches at the Golden One Center. The first one is this Wednesday against the Chicago Bulls.

Golden State has more wins than losses after a long time, 4-3. Tonight’s event opened a five-game homestand, with the next two games coming against the LA Clippers. After that, the Warriors host the Toronto Raptors and the Indiana Pacers.