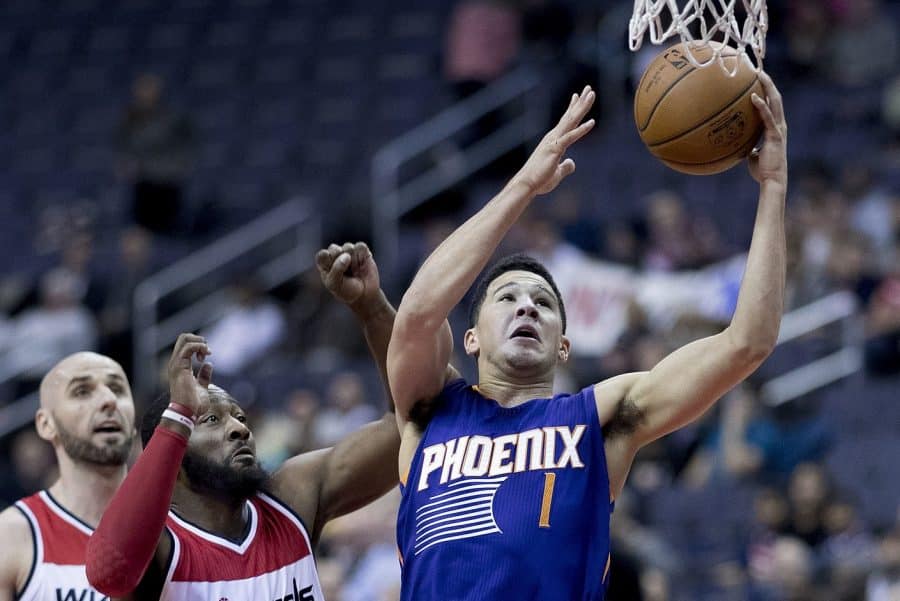 Chris Paul and the Phoenix Suns took the lead in the NBA finals after beating the Milwaukee Bucks, 118-105 in Game 1.

The home team started to break down the rivals late in the first half before pulling away to the safe distance in the third period. Despite having Giannis Antetokounmpo available and playing, the Bucks couldn’t stop the Suns, who built a 20-point lead in the third quarter.

Chris Paul was an enigma for the guests, and even one of the best defenders in the league, Jrue Holiday, couldn’t do anything to at least stop the veteran playmaker.

In the end, Paul scored 32 points, 12-for-19 shooting, having nine assists as well, but what is more important, controlling and directing the flow of the match. His offensive contribution was at the highest possible level, making the Suns’ offense versatile. Besides him, Monty Williams’ team had five more players with double-digit scoring figures.

Devin Booker had 27, hitting all of his 10 free throw attempts, Deandre Ayton scored 22 but had amazing 19 boards, while Mikal Bridges concluded the night with 14. Two Camerons, Payne, and Johnson scored 10 off the bench.

As for Milwaukee, Giannis appeared and didn’t have the scoring productivity as expected, adding only 20 points, but the two-time NBA MVP was excellent in all other areas. Giannis posted 17 rebounds, four assists, two steals, and one highlight-reel block. His left knee locked alright, but we’ll see how that develops.

Khris Middleton led the way with 29 points, but he didn’t have proper support. Besides him, Brook Lopez with 17 and Jrue Holiday with 10 were the only ones notable in Milwaukee.

Holiday’s performance was a great disappointment after having a few very good games against the Atlanta Hawks in the East finals. He was expected to pressure Paul a bit better and force him to spend more energy in defense, but that didn’t happen. Holiday’s other numbers were solid, nine assists and seven boards, but he wasn’t an important factor in the offense. at

It seems that the Suns defeated Bucks with their own weapon, which is constant offensive pressure, with a versatile approach. The difference was Paul, who was orchestrating that aspect of the game perfectly.

Game 2 of the series is on Thursday night, at 9 pm ET. ABC will broadcast the signal from Arizona.