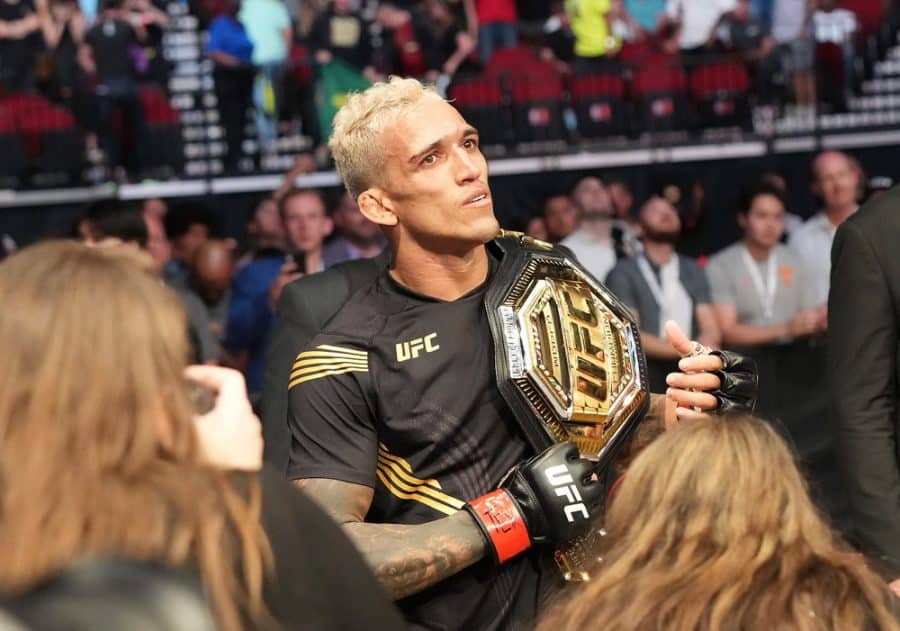 “Do Bronx,” as he fans call Oliveira, knocked out Chandler after 19 seconds of round 2, putting an end to the main event of the UFC 262.

The Brazilian came out throwing bombs and hit Chandler with a left hook that sent down the American. Following that, he unleashed a flurry of punches, and there was no other choice for the referee in the ring, Dan Miragliotta, but to step in and stop the bout.

Previously, the fans at the crowded Toyota Center in Houston, Texas, saw a very dynamic and fun opening sequence, during which both fighters had their moments and even chances to finish the opponent.

To be honest, Chandler got the first round, as he had more initiative, managing to shook Oliveira on a couple of occasions. The fighter from Brazil tried to impose its own tempo shortly after the start, but Chandler’s massive punches slowed him down, as the former Bellator lightweight champion found a way to Oliveira’s head a few times.

After one such, the fight moved to the mat, with Chandler trying to lock Oliveira, yet unsuccessfully. “Do Bronx” flipped the situation and got his rival into a tough position, but he too didn’t have the power to finish the bout.

After getting up on feet, Chandler’s strong punches dropped Oliveira on the ground, and in those moments, he was withstanding a lot of pressure but was eventually saved by the horn.

Then came the second round and Oliveira’s furious start, which pretty much caught Chandler off guard.

This was the ninth straight victory for the new champion, and eight of them ended via stoppage. In his 11-year UFC career, Oliveira has 19 wins and 8 losses. Meanwhile, Chandler lost for the first time and snapped his three-fight winning streak. One of the best ever fighters in Bellator’s history stated following the fight that tonight’s failure won’t have a negative impact on him and that he expects to bounce back pretty soon.

In other fights, Beneil Dariush beat Tony Ferguson via unanimous decision in the night’s co-main event. All three judges scored 30-27 for Dariush, who dominated throughout the entire clash. This is the seventh straight win for him, while Ferguson lost for the third consecutive time. Previously, El Cucuy suffered a unanimous defeat to Charles Oliveira. 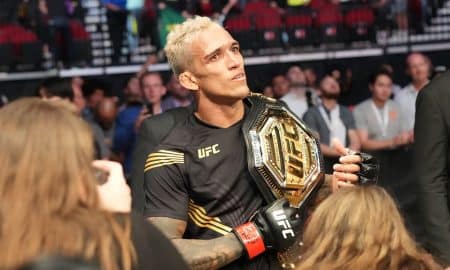 Deiveson Figueiredo retained his UFC flyweight title, but not because he defeated Brandon Moreno....

Tony Ferguson is coming back to the octagon at UFC 256, following his nasty defeat against Justin...