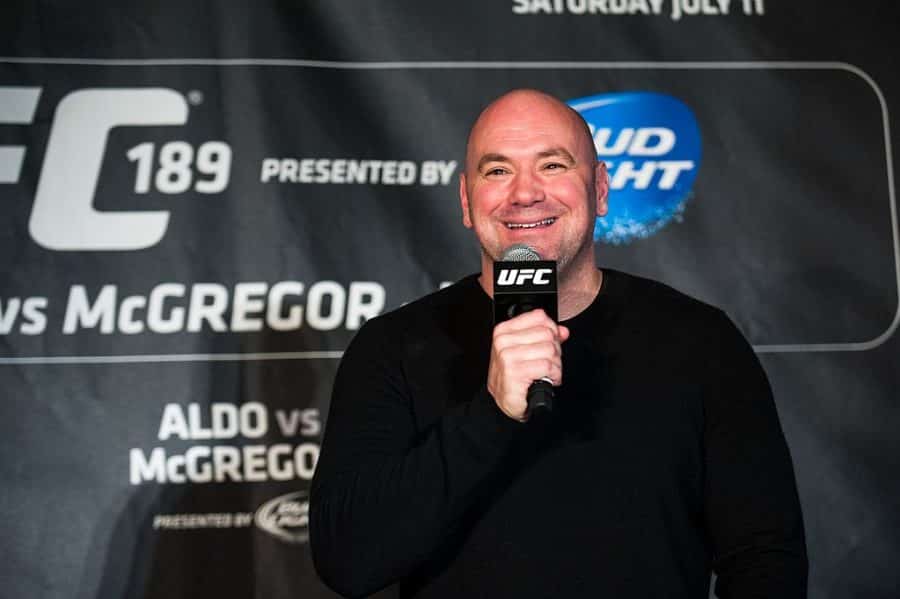 Dana White stated yesterday that UFC lightweight champion, Khabib Nurmagomedov can choose his opponent if he decided to retire after his 30th MMA appearance.

The UFC president spoke about many things in his interview yesterday, but one of them was particularly interesting.

White was talking about the current situation surrounding Khabib, saying that he knows about Russian Eagle’s intention to retire from fighting once he reaches a 30-0 record. He is willing to accept any suggestions coming from the other side when talking about that final fight.

Right now, the champion is at 28 wins, and is about to face the interim champion, Justin Gaethje.

“This guy’s been great to the company, great to the sport. I like Khabib a lot. I would do anything Khabib wanted to do,” White said.

According to unofficial stories coming from inside the UFC, both fighters agreed to fight, and right now, everything is on the organization when it comes to organizing and planning a venue for their fight. Some rumors even suggested that these two might clash at the UFC 253, but there was no serious talk about that.

After Khabib’s father, Abdulmanap Nurmagomedov, passed away earlier this year, champs future was uncertain, but he recently revealed that he intends to fight Gaethje regardless of the time or the place.

If he wins in this event, White is even prepared to organize the bout with Georges St-Pierre, who is one of Khabib’s favorite fighters. On numerous occasions, both Nurmagomedovs, son, and father stated that they have the utmost respect towards one of the MMA’s biggest legends. They were admiring GSP, adding that he might be the most complete fighter of all times.

They already tried to book a fight with the Canadian, who was the former welterweight and middleweight champion, back in 2019. St-Pierre was also interested in it, but apparently, the UFC didn’t have such a big interest in the same, and according to his words, they were not on the same track.

White also mentioned Conor McGregor, saying that his rematch with Kahbib would’ve been a spectacle, but that he is unsure of the possibility of organizing the same. Khabib’s opinion regarding McGregor is already known, and at the moment, the Russian is refusing to discuss anything considering the Notorious.

Facebook Twitter LinkedIn Pinterest
DON'T MISS IT LAFC and San Jose Earthquakes Smash Their Rivals, Advance to MLS is Back Top 8 DON'T MISS IT UP NEXT Joey Bosa and the Chargers Agree On a 5-Year $135 Million Extension UP NEXT