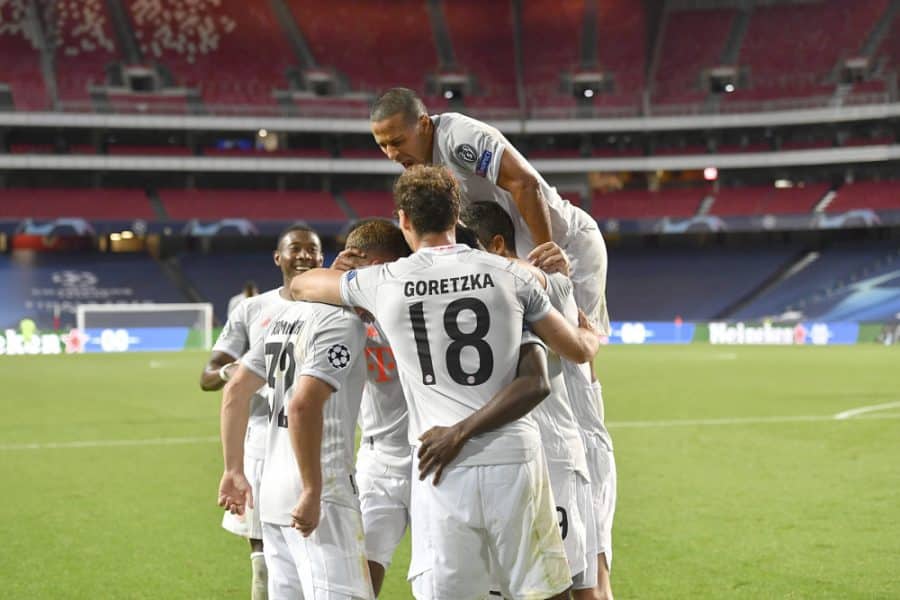 For the sixth time in its history, Bayern Munich became the champion of Europe. Tonight they defeated Paris Saint-Germain in the UEFA Champions League finals with a minimal result, 1-0.

The irony of the match is that Kingsley Coman scored the only goal. It is the guy who was born and raised in Paris, and who made his name in PSG but wasn’t good enough according to their coaches for having a place in the first team.

He scored in the 59th minute, following a perfect cross from Joshua Kimmich, using the fact that he ended up alone in the far post of PSG’s goal, netting beside Keylor Navas.

The absolute hero of this event was Bayern’s goalkeeper, Manuel Neuer, who saved his team on a couple of occasions. He denied Mbappe’s two golden opportunities in the first half, something the French youngster usually executes without a problem.

However, in this match, the German international posted an iron curtain in front of his goal. By far, he was the most deserved for their win.

Bayern, too, had its share of action. Lewandowski hit the post in the 22nd minute, after clever thinking once finding himself in a tough position inside PSG’s box. After that, the referee Orsato from Italy, who wasn’t at the expected level in this one, didn’t whistle for a penalty made on Coman in the closing moments of the opening half.

He would later again miss the opportunity to point towards the spot, when Kimmich brought down Mbappe in the late phase of the second 45 minutes.

Bayern wins the Champions League final. 50th minute goal from Coman seals it. Neymar clearly emotional for PSG on the sidelines after a lackluster performance. This begs the question, how’s the Brazilian been worth all the money PSG put up for him?

Overall, PSG had more chances, but Bayern was the one who scored one of his, which eventually made a difference. One more factor was going in Bayern’s favor, and that is Neymar‘s awful performance. The Brazilian international didn’t contribute at all, and in most of the situations, his mistakes would damage PSG’s efforts to score.

As time went by, the former Barcelona forward was more and more frustrated, and in the moments when his team felt behind, he had several consecutive attacks where he lost the ball.

This was the No.6 European title for Bayern, who was the most dominant team in UCL this season. Before this finals, they scored 4.2 goals per game, setting numerous records, even though the campaign didn’t have the full number of events.

Facebook Twitter LinkedIn Pinterest
DON'T MISS IT LA Lakers Take the Lead in the Series, James and Davis Rout Trail Blazers, 116-108 DON'T MISS IT UP NEXT Donovan Mitchell Outplays Jamal Murray, Powers His Jazz Past Nuggets, 129-127 UP NEXT