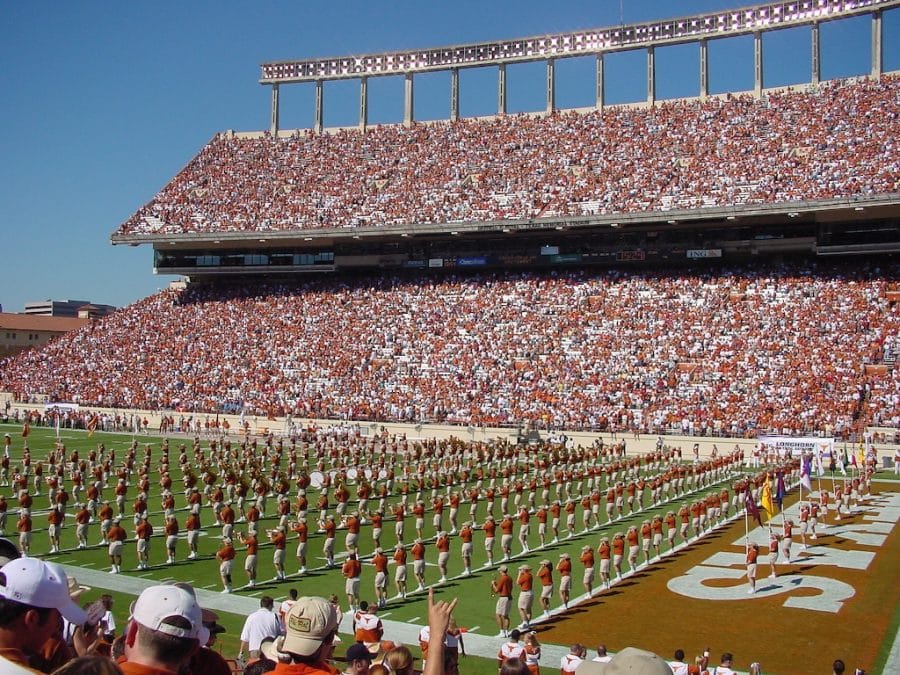 August 29th is the tentative date in which college football will kick off their season. Decision-makers and executive members of the NCAA are optimistic that football will be played on time, but schools and athletic departments are already dealing with positive coronavirus tests.

It was much anticipated there would be positive tests as players and staff returned, but it’s still alarming for the NCAA and college football with every positive test. Right now, it isn’t clear if the football season will be delayed, but officials are keeping a close eye on the situation and current pandemic.

At this moment, no athletes have been identified and it’s been reported that all 13 players are now self-isolating, while 10 other student-athletes are in self-quarantine. The Longhorns aren’t the only Texas-based school to deal with positive cases recently.

The University of Houston had six athletes confined positive after beginning workouts on June 1. According to local reports, the Cougars suspended all workouts after the positive cases.

Big 12 teams were cleared to begin voluntary workouts this past week. As student-athletes returned to campuses for their workouts, we’ve seen positive cases all over the country across many sports.

There has been no confirmation if the Longhorns will suspend workouts. Initially, 58 players returned to campus to begin workouts.

The Longhorns are set to begin play against the University of South Florida Bulls on September 5th. According to reports, two Bulls’ football players have tested positive for the virus. USF began workouts with more than 75 football players on June 10.

As per guidelines, the voluntary workouts are being done in small groups of 10 outdoors to allow social distancing. Texas’ 13 is one of the highest percentages of players to test positive since workouts have begun.

There is currently no word on if Texas’ season will be delayed or if workouts/practices will cease to continue.

Facebook Twitter LinkedIn Pinterest
DON'T MISS IT Curtis Blaydes and Alexander Volkov Clashing This Saturday DON'T MISS IT UP NEXT Jamal Adams Wants Out, Requests a Trade From the New York Jets UP NEXT 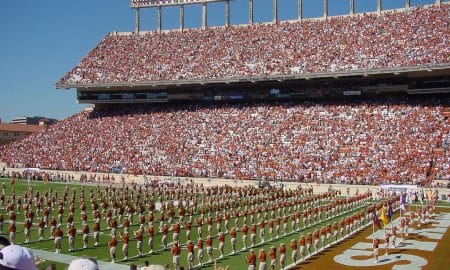 The wheels are in motion for college football to begin preparation for the upcoming season....