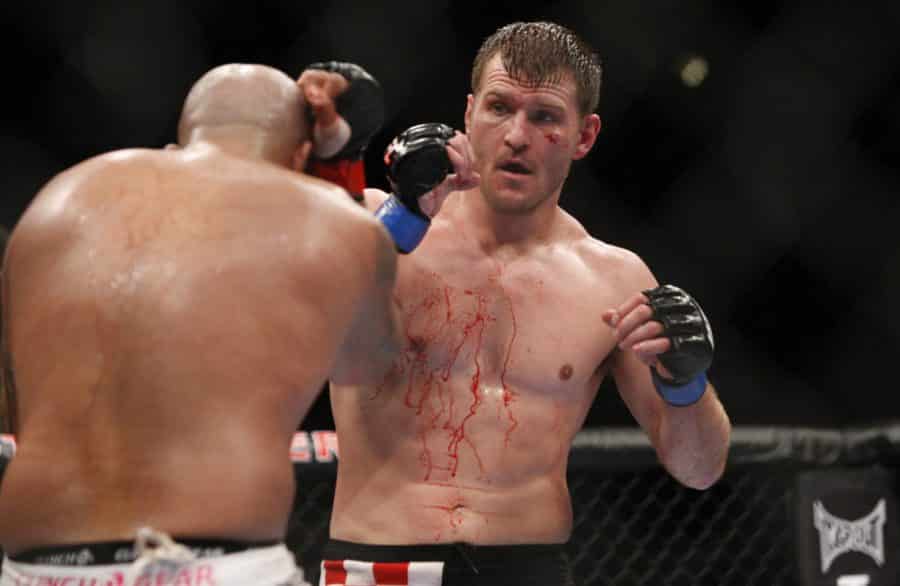 The Ohio-native and one of the best ever fighters in the organization was convincing against the former two-division champion, beating him throughout the fight, and earning a unanimous decision triumph. All three judges scored in Stipe’s favor, two 49-46 and one 48-47.

It seems that the smaller 25-foot cage at the UFC APEX facility in Las Vegas was more suitable for Miocic (20-3 MMA, 14-3 UFC), who was closing in the distance in the latter parts of the event, not allowing Cormier (22-3 MMA, 11-3 UFC) to run away.

Throughout the entire battle, Stipe inflicted fierce body punches to Cormier, who didn’t have the solution how to stop them. If you remember, those body hits made the difference in their rematch at the UFC 241, once Miocic regained the title.

In the end, he had more significant strikes, 115-105, but we need to say that 37-year old had several situations in which he hurt DC pretty badly. That especially goes for the one in the second round. Miocic deceived Cormier, faking a body hit, and sending a massive strike to the rival’s jaw.

The one time the challenger had his shot to hurt the champ was in the first round, when Stipe wobbled following a hard right. It was expected to see Cormier coming out hard, and trying to solve this one as early as possible as he did in the first contest of this trilogy.

With six title fights in the heavyweight division, Stipe is now tied with Randy Couture. He has 8 wins over the past nine bouts, with that one loss coming against DC. According to all, his next rivals is Francis Ngannou, who earned that right with several spectacular wins.

On the other side, Cormier announced his retirement. Even before the fight, the veteran stated that regardless of the outcome, he won’t be fighting anymore. DC confirmed that following tonight’s clash. He is the first and the only fighter who simultaneously held the belts in the light heavyweight and heavyweight divisions.

Facebook Twitter LinkedIn Pinterest
DON'T MISS IT Another Shock in the Champions League, Lyon Eliminates Manchester City, 2-1 DON'T MISS IT UP NEXT The Champions Respond, St. Louis Blues Post OT Win Over Vancouver Canucks, 3-2 UP NEXT

Francis Ngannou defeated Stipe Miocic in the main event of the UFC 260, winning the heavyweight... 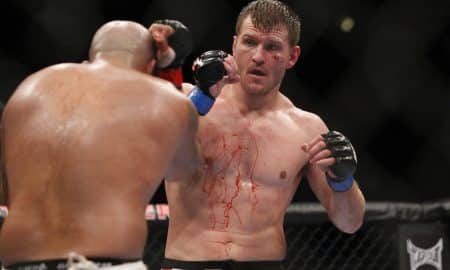